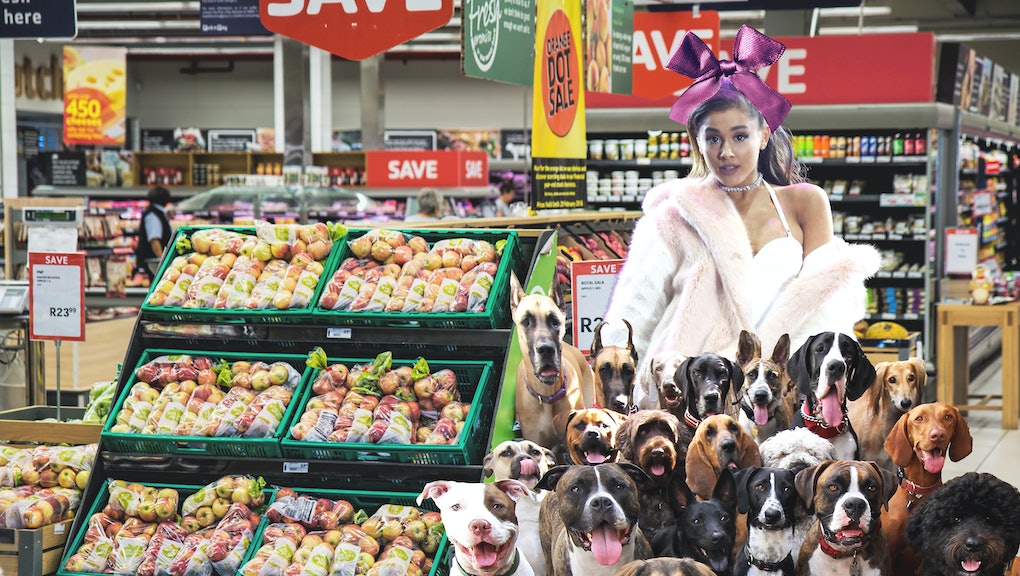 Such is the scene Grande has painted for us in her new cover interview with Billboard. When the subject of feminism came up, she told the magazine that she once heard a United Kingdom radio station praise Justin Bieber and Zayn Malik for stripping down in photo shoots, and then immediately slut shame Miley Cyrus and Kim Kardashian West for doing the same.

Then she proceeded to get creative and blessed us with the following quote:

If you're going to rave about how sexy a male artist looks with his shirt off, and a woman decides to get in her panties or show her boobies for a photo shoot, she needs to be treated with the same awe and admiration. I will say it until I'm an old-ass lady with my tits out at Whole Foods. I'll be in the produce aisle, naked at 95, with a sensible ponytail, one strand of hair left on my head and a Chanel bow. Mark my words. See you there with my 95 dogs.

Grande is expressing a familiar frustration among women. Slut shaming is, to quote her fellow big-voiced diva Christina Aguilera, "a common double standard of society." Men rarely get slut shamed for showing too much skin, while women run the risk of being called a "ho" whenever they dare to bare an inch on social media. Grande herself has spoken out about this phenomenon before on both Twitter and in Instagram comments.

"If a woman even TALKS about sex openly," Grande wrote last June, "she is shamed!"

But going back to her latest tits-out-in-Whole-Foods-with-95-dogs scenario: We feel it is worth pointing out that having that many dogs inside a Whole Foods would be nothing short of disaster. That is altogether too many dogs.