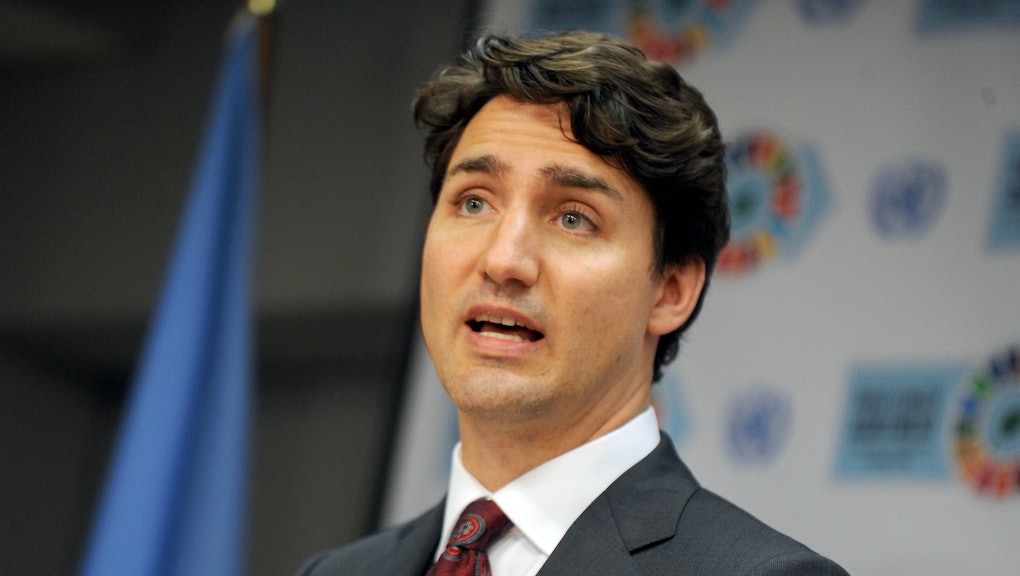 This is what happens when an international thirst trap finds himself in hot water.

And if you've ever wanted to see more of him, then you've probably already seen him like this:

Or, for the thirstiest among you, even like this...

But you've definitely never seen him like this before:

Video footage shows a visibly impatient Trudeau who, while trying to hurry along a vote on a controversial assisted-suicide bill, strode across the room in order to direct Opposition Whip Gordon Brown to his seat — elbowing Ruth Ellen Brosseau, New Democratic Party MP, in the process.

Prime Minister Trudeau quickly pivoted from the incident, offering a complete and full apology to Brosseau and other members.

"I noticed that the member, the Opposite member whip, was being impeded in his progress," he said, CNN reported. "I took it upon myself to go and assist him forward, which was I now see unadvisable as a course of action, and resulted in physical contact in this house that we can all accept was unacceptable and I apologize for that unreservedly."

Trudeau also posted this apology to his Facebook page:

And the response in the comments section from fans of his page has been overwhelmingly positive, with many of his constituents accepting his apology:

And even sympathizing with his actions: