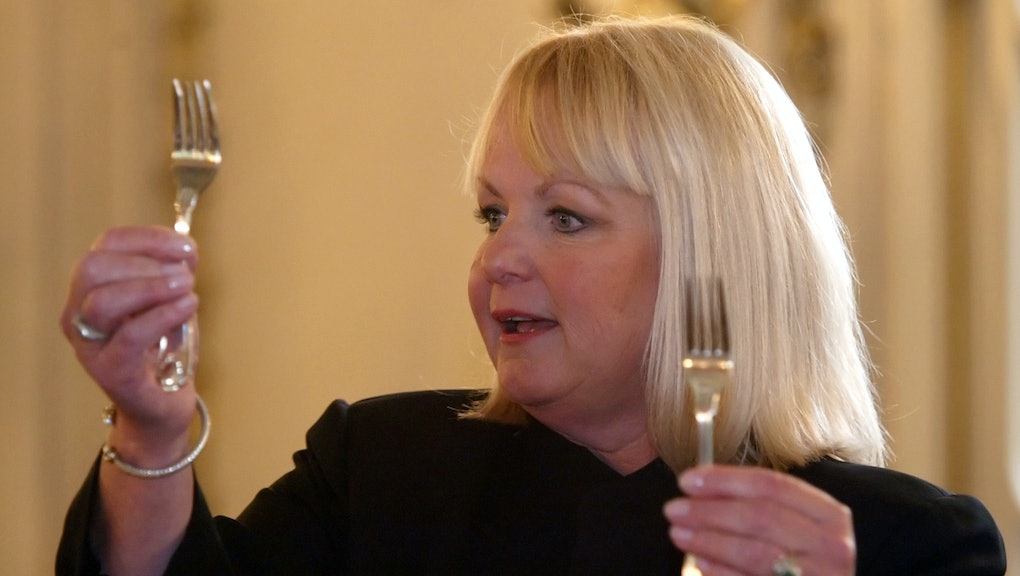 Whether you identify as an etiquette expert or a slovenly snacker, using a fork is probably not something you think about consciously at this point.

It's a simple, pronged utensil designed to help you shovel food into your gullet as quickly as possible. There can't possibly be a "wrong" way to use it, right?

As it turns out, there is.

A clip titled "The Right Way to Use Your Fork and Knife" uploaded to the Youtube channel SparkleLiving illustrates the differences between the two techniques.

First, make sure you're not holding your utensils like a poorly trained ape.

No sudden stabbing motions or holding your knife like a pen, please. It's important to at least feign a desire to look dignified while chowing down on those chicken nuggets.

Here's the "American" way of cutting food: Accepted by some, shunned by others.

Though it's considered the stateside standard, the "cut-and-switch" likely originated in Europe and was probably popularized in 18th-century France, according to Slate.

And finally, here's the European technique.

Such grace ... such elegance. By using that dainty knife-scrape maneuver to get food on the fork and then gently elevating it to your gaping maw, you'll be fit to dine with the Queen in no time.

In a 2013 article for Slate, Mark Vanhoenacker explains that using your knife with the hand that you favor to cut and then placing it down so that you can switch your fork to your dominant hand is a practice that's pretty much exclusive to America at this point.

According to Vanhoenacker, you've got to knock it off — not to save face, but to save time while you're eating.

"The more time you waste pointlessly handing utensils back and forth to yourself, the less time you'll have to cherish life and liberty, pursue happiness and contribute to America's future greatness," he wrote in Slate.

Read more: Avocado Can Be Substituted for Butter to Make the Most Delicious Cake Ever