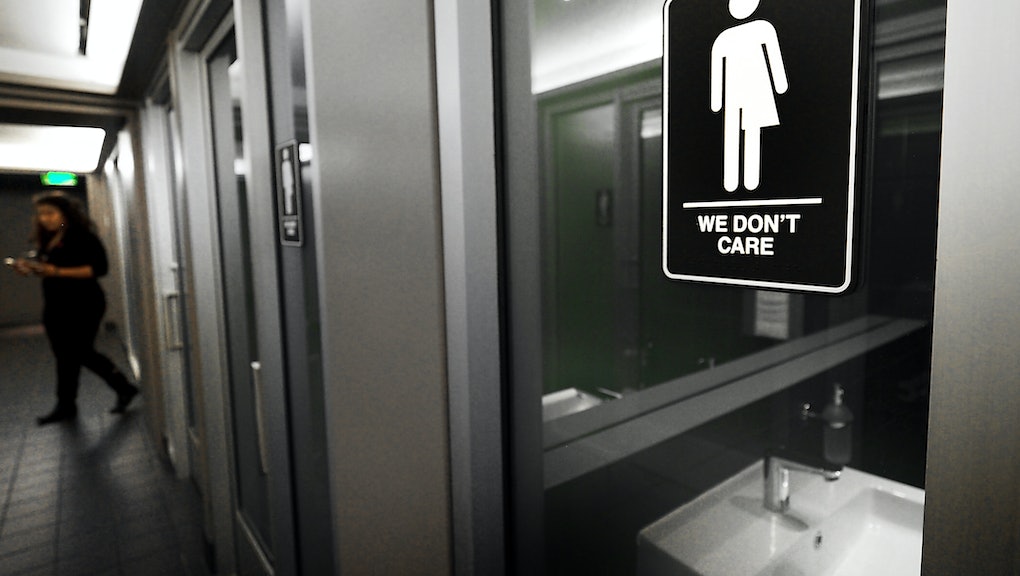 Last week, amid a months-long battle over North Carolina's bathroom bill, President Barack Obama issued a federal directive to public schools across the nation mandating that they allow students to use the bathroom that corresponds with their gender identity. School districts that refuse to comply with the directive could be subject to lawsuits from the United States Department of Justice and could be denied federal funding.

According to local news station KTUL, the Oklahoma legislature filed both a bill and a resolution in opposition to Obama's directive, the first of which is Senate Bill 1619, which calls for the creation of a law requiring students to use the bathrooms and locker rooms that reflect the sex they were assigned at birth.

The bill also stipulates that students, with the support of a parent or legal guardian, can request special accommodations for "sincerely held religious beliefs."

It goes on to declare a state of emergency: "It being immediately necessary for the preservation of the public peace, health and safety, an emergency is hereby declared to exist, by reason whereof this act shall take effect and be in full force from and after its passage and approval."

Senate Concurrent Resolution 43 seeks action against Obama himself, demanding Oklahoma's representatives in the House issue "articles of impeachment" against the president as well as Attorney General Loretta Lynch, the Secretary of Education and any other federal officials who have "exceeded his or her constitutional authority."

"This directive to schools is not only unlawful, but the breadth of overreach in this instance by the Obama Administration is shocking," Rep. John Bennett, who sponsored the resolution, told KTUL.

"We are working on legislation that would protect our citizens by not requiring our kids and women to share a facility with anyone who 'identifies' as a gender that they were not born. We are going to do everything we can to protect our women and children."