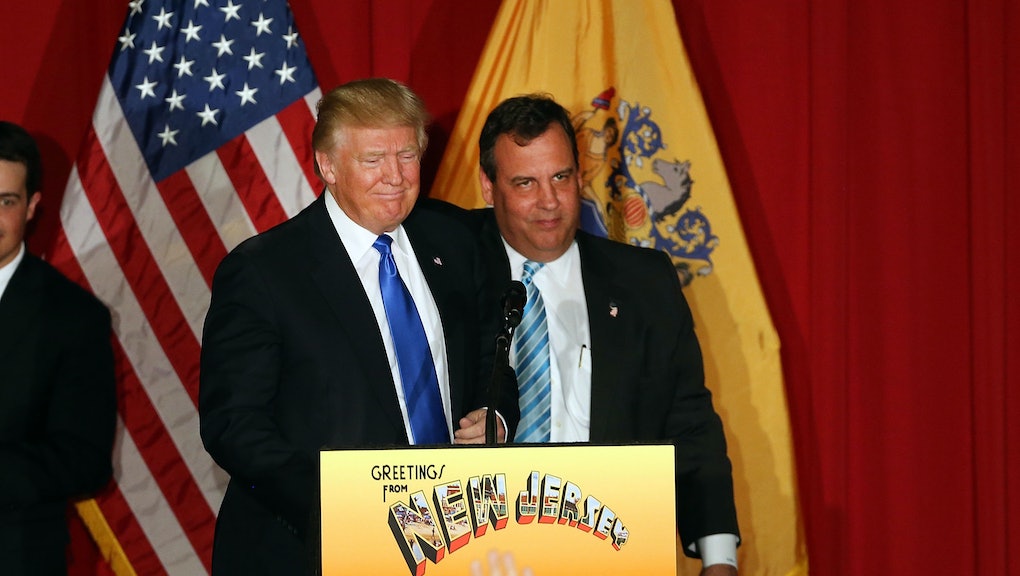 The Republican party's presumptive nominee Donald Trump stopped by a fundraiser for Chris Christie this week to help the New Jersey Governor raise money to "pay off" debt from his presidential campaign, reported The Hill — and during his speech he seemed to mock Christie's weight by telling him, "you're not eating Oreos anymore."

" ... And Nabisco, leaving Chicago with their big plant, they're moving to Mexico, I'm not eating Oreos anymore, you know that," Trump told the crowd, referring to his promise, from back in August, to "never" eat Oreos again after the brand's parent company, Mondelez International Inc., announced plans to build new plants in Mexico, replacing production lines in Chicago.

"Neither is Chris, you're not eating Oreos anymore, no more Oreos," Trump added, pointing offstage at Christie in what was an apparent jab at his weight. Responding to the "oohs" of the audience, Trump then seemed to backtrack. "For either of us Chris, don't feel bad," Trump said, "for either of us."

Christie has played along with jokes about his weight before, but, like many of Trump's speeches, this one seemed to be off-the-cuff. The camera wasn't on Christie, so it's hard to say how he reacted to what seemed to be a blatant example of fat-shaming, but, as many have pointed out, Trump has a long history of mocking people for the way they look.

Read more: Elizabeth Warren Claps Back at Donald Trump: Voters "Are Smarter Than You Think"