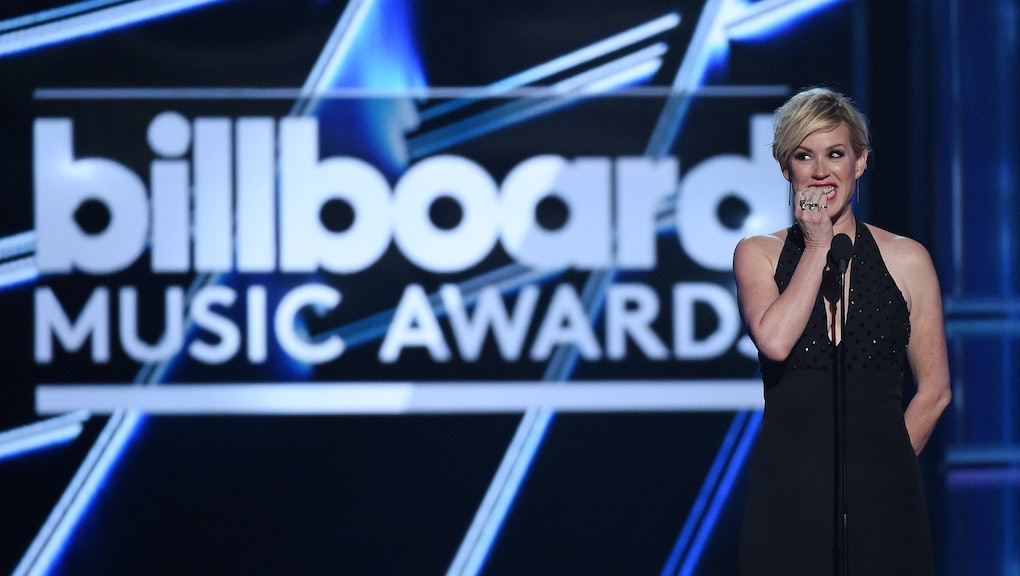 The 2016 Billboard Music Awards, which celebrate artists' achievements in the industry and on the charts, will take place this Sunday, May 22. The show will be broadcast live from the T-Mobile Arena in Las Vegas on ABC starting at 8 p.m., and will be hosted by Ludacris and Ciara. Viewers can also watch online through a livestream from ABC.

The awards show will feature performances from Britney Spears — who will kick off the show with a "greatest hits" medley, according to Billboard — and Madonna, who will perform a tribute to Prince. The event will also feature performances by Justin Bieber, Demi Lovato, Rihanna, Fifth Harmony and Nick Jonas.

The presenters scheduled to hand out the awards at the show include Kathryn Hahn, Wiz Khalifa, Mila Kunis, Ashton Kutcher, Idina Menzel, Jessica Alba and more. Some of the nominees poised to win big are The Weeknd, who has a total of 19 total nominations, and Justin Bieber, who has 12.

Here's a full list of the nominees in each category.