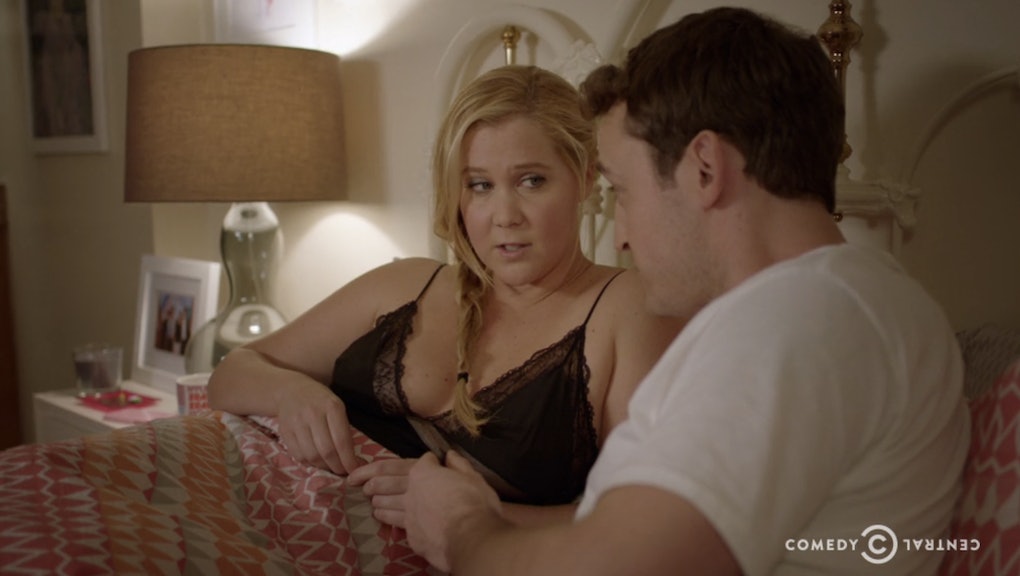 Have you ever found yourself in the sack with a dude whose Madonna-whore complex totally killed the mood?

In a sketch on Thursday's Inside Amy Schumer, Schumer's character has some trouble interpreting her hookup's mixed signals. He wants her to be sexually fluent and experienced, yet technically a virginal "good girl" who has eyes for his dick and his dick only. Sound familiar?!

The confusion begins when Schumer feels pressured to explain why she has condoms readily available in her nightstand.

"They're leftover from my ex," she says. "Is that weird?"

He assures her it's not, though his face suggests otherwise.

Amy is put to a number of slut-tests as the pair gears up for sexual intercourse.

"A month —" she softly begins. But then his face does that thing again. "A month and six months. Seven months."

Then it happens once again!

Finally, he asks her to put her clothes back on — and then strip them off for him. But then she's too good at looking like a stripper! She just cannot win.

Then he uses the following very confusing combination of words:

Finally, Amy gives up and asks him straight-up WTF he wants.

And then he sums it up.

Yep. That sounds about right.

You can watch the full episode over at Comedy Central.