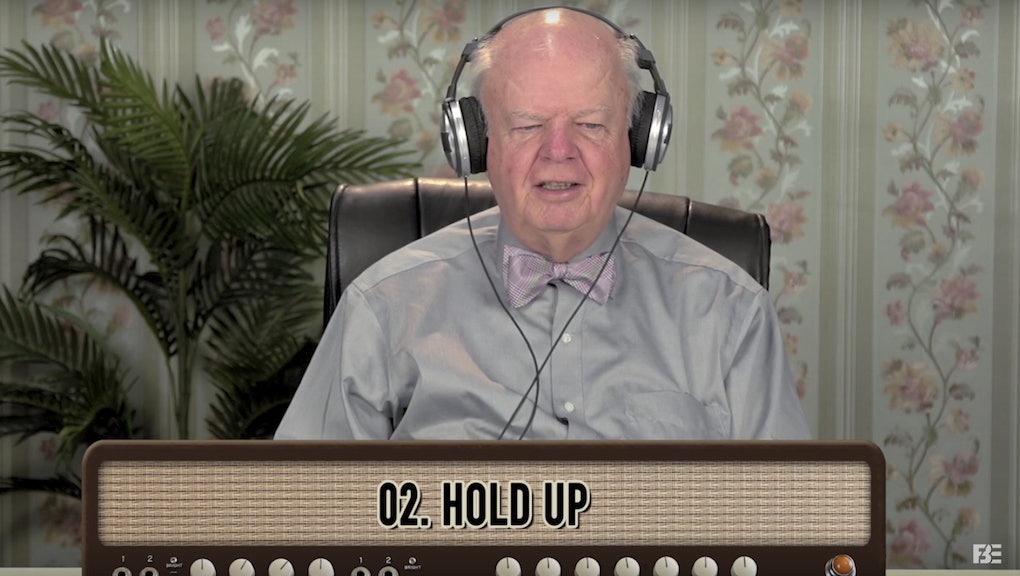 These Elders' Reactions to 'Lemonade' Prove Beyoncé Is for (Almost) Everyone

In a YouTube video called "Elders React to Beyoncé — Lemonade," a group of senior citizens pop on some headphones and listen to the album from start to finish for the first time. The team at Fine Brothers Entertainment captured the senior citizens' candid reactions to the song, which ranged from "I love it!" to "Get rid of that Jay Z rat!"

When "Sorry" came on, many of them had an strong reaction upon hearing the now-infamous line, "You better call Becky with the good hair."

"I like the rhythm, I like the arrangement, I love it!" said one elderly man. "I don't understand Becky with the good hair though." It turns out there are quite a few people who don't. But some of the other senior citizens weighed in:

"I don't know who Becky is — if that's a nickname for Rachel Roy, I don't know," said a surprisingly informed woman. "Now we know why Solange was so angry in the elevator."

Another woman said Beyoncé's call out to white beauty standards hits on the reason she decided to start wearing her hair naturally. "I felt like it's time for black women to start realizing there is no good hair, bad hair," she said. "Hair is hair."

The participants were baffled by some of the other lyrics, like when Beyoncé sings, "She murdered everybody and I was her witness" in "6 Inch."

While others appreciated some of the tracks from a purely musical standpoint:

When the video's interviewer asked the senior citizens for their thoughts on the explicit political messages of the album, they said they believed Beyoncé was using her platform to do good.

Said one of the elderly men, "Because of all the different controversial things going on in our life every day and she wants to speak on some of those, I think for younger women who need role models — they love her music and for her to speak out on it, I think it's really great."

Added one woman, "I think if it brings it up to the surface and people start discussing these issues, that empowers us all."