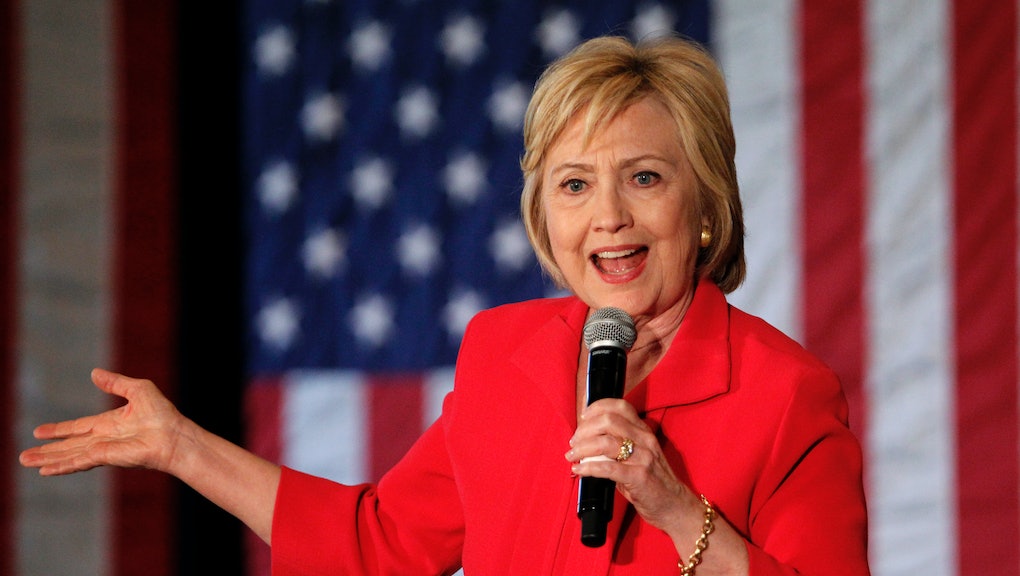 For the first time in decades, gun control is going to be a "differentiator" in the general election, Dan Gross, president of the Brady Campaign to Prevent Gun Violence, told the New York Times. Currently, the two presumptive nominees, real estate mogul Donald Trump and former Secretary of State Hillary Clinton, are taking their stances.

On Friday, Trump spoke at the National Rifle Association convention in Louisville. On Saturday, Clinton will speak with Trayvon Martin's mother and other parents of gun violence victims in Florida.

While Clinton supports the second amendment, she also wants to implement stricter background checks to "keep guns out of the hands of terrorists, domestic abusers, other violent criminals, and the severely mentally ill" and close what she calls the "Charleston loophole." Dealers and manufacturers would also be held responsible and at risk of losing their licenses. Assault weapons would be totally banned.

"I know we are a smart enough nation to figure out how you protect responsible gun owners' rights and get guns out of the hands of people who shouldn't have them," Clinton said in February, according to the Times. "What this Senate is doing, is in my view, a grave disservice to the Constitution."

Last November, Clinton shared a childhood anecdote of her father teaching her how to shoot near her family's lake house in Scranton, Pennsylvania. "It's part of culture," she said about guns, according to Time. "It's part of a way of life. People enjoy hunting and shooting because it's an important part of who they are."

But more regulation, which would make it difficult to buy a gun, is pivotal in Clinton's gun stance. In December of 2015, Clinton had said the no-fly list should be used as a basis for a no-gun purchasing list.

Clinton has previously voted for a 2004 amendment that would require background checks on any purchasing of a firearm.

A year later in 2005, she voted against an NRA bill that would protect "manufacturers, distributors, dealers or importers" involved in the transactions of firearms eventually misused in crimes.

Read more: Hillary Clinton Tears Into Bernie Sanders for Not Stepping Up on Gun Control