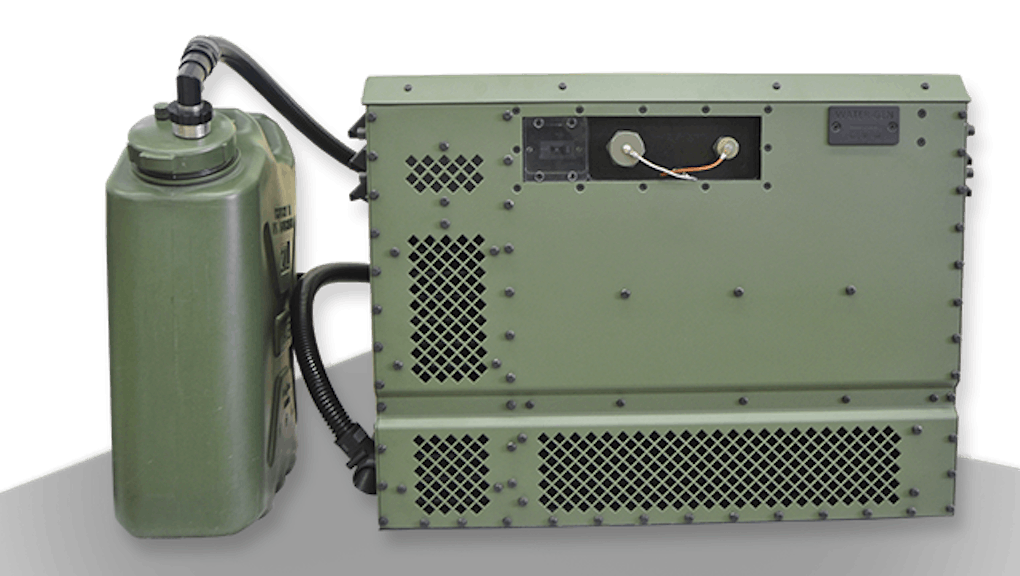 Tel Aviv, ISRAEL — The world faces an extreme water crisis, and the worst is yet to come.

But what if technology could be leveraged to fix the problem? What if it's possible to build a device that turns air into clean drinking water?

Enter WaterGen. The Israeli-based startup, founded six years ago by Arye Kohavi, is on a mission to help solve the world's water crisis. The company's premise is simple: turn air into clean water.

WaterGen is certainly not the only company attempting to do this. A company called Fontus has raised over $300,000 online to develop a self-filling water bottle that creates water from air and light.

Still, Kohavi's project — which he says began as a daydream he had while jogging on a treadmill — is growing rapidly. It now boasts 25 full-time engineers in Israel and is doing business across the world.

"My goal is to help the rest of the world," Kohavi said in an interview at WaterGen's Tel Aviv headquarters. "If our company can help others live a longer and better life, we'll have been a success, and I will have really made something of my life."

The background: Kohavi, who previously served as a commander in the Israeli special forces before entering a career in finance, said WaterGen was initially designed for military purposes: "The goal was to produce water for soldiers in the field."

Using a WaterGen device, military troops could turn air into drinkable water, rather than having to wait for a resupply convoy on the battlefield. The technology works by extracting water from the air and cooling it so that it becomes drinkable. This moves the water from being a gas to being a drinkable liquid. It re-uses the cold air generated in the process for further cooling, so it can efficiently generate hundreds of gallons of water at a time.

The company has evolved. Today, WaterGen has begun manufacturing home appliances for civilians. The technology, according to Kohavi, works best in certain climates. "We look for places where there's no tap water and where the climate is hot and humid," Kohavi said.

Kohavi's latest product is called the Civilian Spring, a battery-operated unit that can provide water for villages that don't have drinking water or electricity, in places like North Africa and the Southeast Asia. These larger devices, according to Kohavi, can ultimately power a village in the developing world, in places like Mexico City and Mumbai.

That's the dream. One major obstacle is cost. The Civilian Spring, which Kohavi says is set to go to market in the next year, costs $4,000 per unit, a steep figure for the developing countries where Kohavi hopes the product will have an impact. Individual units are no less pricey: $650 for one unit that produces 20 liters of water per day from the air.

While those figures are high, Kohavi is quick to point out that the Spring will be used to provide water for an entire village. "Everyone at home has an appliance that's more expensive than that," Kohavi said. "I'm not speaking of people in the street. This is a product for the top 20%."

Despite the cost, Kohavi remains convinced WaterGen can help raise life expectancy and make an environmental impact. "Life expectancy is 50 or 55 in many of these places, and a big part of the reason is lack of access to clean drinking water," Kohavi said. "This technology can ultimately be used in cities, on islands and in homes."