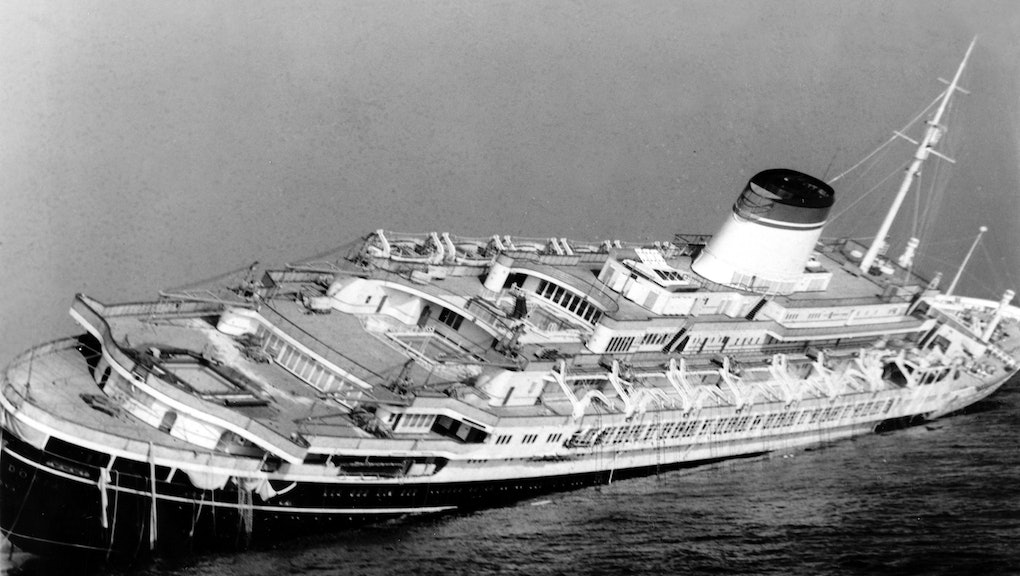 Plunderers of the deep, beware: The site of the sunken ocean liner Andrea Doria is fraught with perils and a long line of casualties, earning every bit of its reputation as the "Mount Everest" of underwater shipwrecks.

During a fateful nighttime voyage in July 1956, the Andrea Doria rammed into another ship while gliding across the Atlantic, resulting in a torn hull that took on water until the ship sank 11 hours later.

Because of the amount of time it took for the ocean liner to sink, the lives of 1,600 passengers were saved before the vessel met its watery grave. For at least 16 divers who attempted to scour the wreckage over the course of the decades that followed, no such luck was to be had.

According to the Boston Globe, the sunken ship, which lies off the coast of Nantucket, presents itself as a veritable booby trap full of obstacles for any divers hoping to explore the wreckage.

"Netting has created a hazardous web around the ship, and the sheer depth of the wreck leads to visibility and water pressure dangers," according to the Globe.

Divers have also "gotten lost in the ship's collapsing compartments or fallen prey to faulty equipment."

Despite the risks, explorers remain eager to plunge into the deteriorating hull of the Andrea Doria in order to map and document its decay.

Stockton Rush, who helped found the ocean exploration company OceanGate, told CBS News that there is a great need in the scientific community for data on shipwrecks like the Andrea Doria.

"The Andrea Doria is rapidly decaying, and using this technology we can build a 3-D map of the wreck with very high accuracy that scientists can use to compare with future decay," he said.