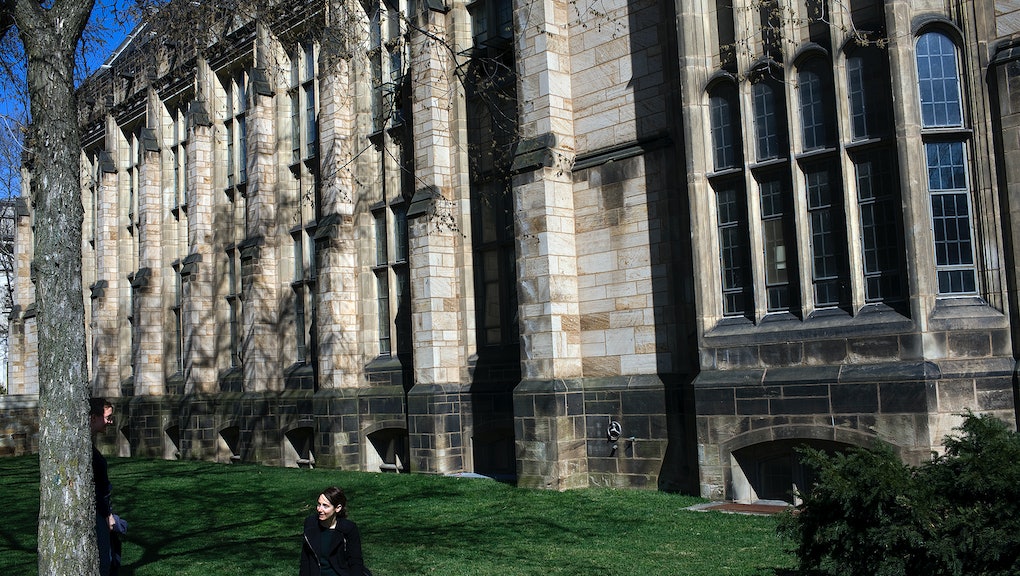 As United States legislators continue to debate transgender bathroom access at the national level, Yale University has announced a sea change: Ahead of next Monday's commencement ceremony, the school has mapped out gender neutral bathrooms in 23 of its buildings.

According to the Associated Press, the announcement comes in the wake of a number of other policy adjustments the school has unveiled over the course of the past year.

Students are permitted to request that the name that they use, rather than the one on their birth certificates, be the one written on their diplomas. They are also allowed to change the names listed on their school identification cards and within Yale's online portal.

Tamar Gendler, dean of Yale's Faculty of Arts and Sciences, told AP that the changes were part of a larger movement to make the campus friendlier to transgender students, faculty and visitors.

"Yale aims to be a leader on this front," Gendler said. "Part of what is important about the all-gender bathroom project, and about putting it at the top of our commencement site, is this is about public signaling."

Isaac Amend, a rising senior who is currently in the process of transitioning to male, told AP that he and other students noticed the most substantial changes at Yale only after Caitlyn Jenner brought the transgender community to national prominence.

Amend said that he was excited that the school has chosen to unveil the new bathrooms at commencement, when many alumni are likely to be present.

"That's music to my ears," he said. "And what's the greatest harm that can be done? An old white guy makes a snide remark? Who cares?"

Read more: 7 Things to Worry About More Than Transgender People in a Bathroom