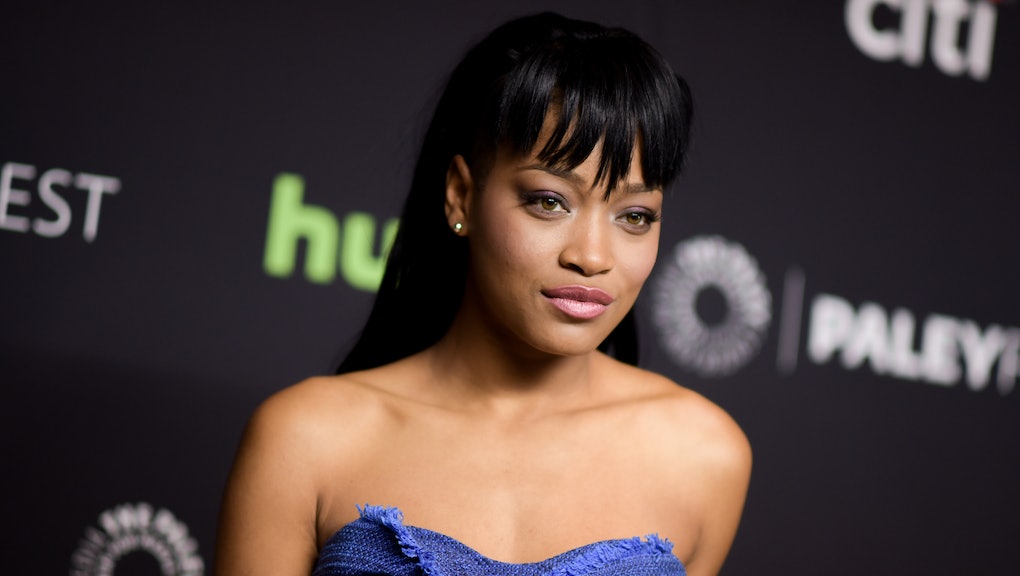 Keke Palmer is a multi-talented young woman who acts and sings and dances and sometimes gets massive amounts of internet shit for Snapchatting pictures of her face sans makeup. Twitter users bristled at a selfie the 22-year-old shared over the weekend, in which she appeared without the red carpet-appropriate face of full makeup some fans are used to seeing on her.

"Tbh with you, yeah I like women w/o make up [sic], I just like women that [sic] look good w/o make up," @AugustusHimself wrote. "Keke Palmer ugly w/o make up. It is what it is."

Augustus wasn't alone. @exact_lee opined that Palmer looked like she'd been smoking too much of something, @DJ_Affex was apparently so offended by the no-makeup selfie that he cast aside the singer as his "industry bitch," @imdonesha defended the pop star's face, saying it didn't "even look that bad," but wasn't enough to save the picture, which was, in Don's esteem, a fail.

Palmer is a very woke woman. Eschewer of sexual labels and proponent of singledom as a means of getting to know oneself, she seems likely to shake off her haters and keep on doing her. That didn't keep her fans from rising to her defense, though. Blame the camera, the lighting, the angle, whatever — dragging a woman for baring her natural face is shaming her for having human imperfections, and it's the reason magazine-cover beauty standards are unrealistic, some on Twitter pointed out.

"Y'all whining about Keke Palmer without makeup & then claiming you love natural women, its [sic] real easy to see straight thru you," @cakefacediosa wrote, as if in direct answer to the @AugustusHimself-types who want to see more women go without makeup, but only those women possessed of the flawless faces Photoshop bestows. It's a double standard that places women in the difficult place of being damned if they do and damned if they don't.

Good question, @TheSassyPhoenix. Internet trolls are so-called for a reason — they're always able to find something ugly to say — but to call someone a drug-user because their skin isn't unblemished seems a little nuts, even by lax online standards.

Next to no one wakes up with naturally flawless skin, not even celebrities. As Tyra Banks and Chrissy Teigen so often remind the world, what we see in magazines, on the screen, even on social media comes heavily varnished. It's not real. Makeup can be fun, but makeup doesn't make a person. In Tina Fey's words:

"If you retain nothing else, always remember the most important rule of beauty: 'Who cares?'"

Read more: If You Call Out Photoshopped Magazine Covers, Is It Wrong to Edit Your Own Selfies?