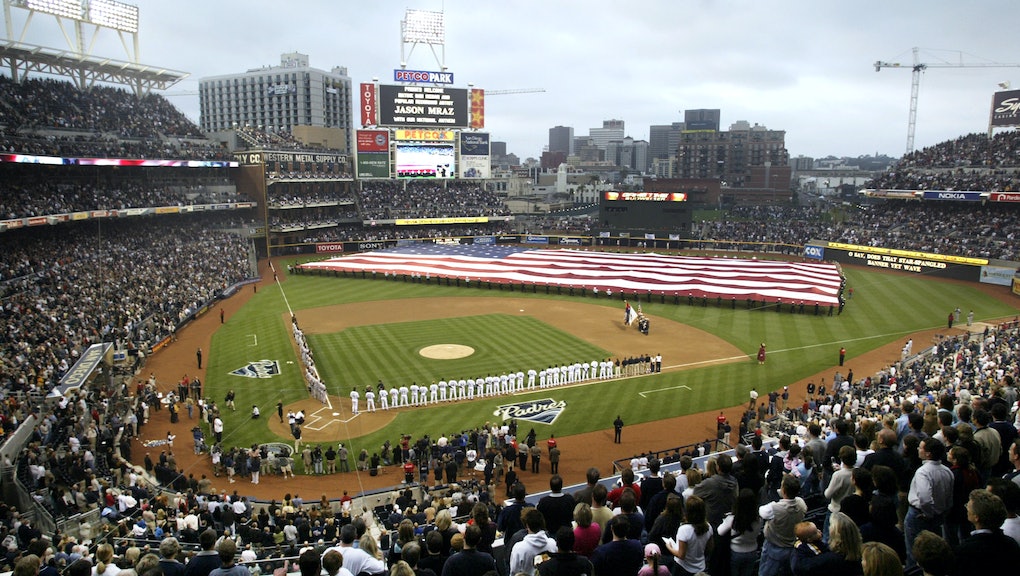 On Saturday night, 100 members of the San Diego Gay Men's Chorus took to the field at Petco Park to sing the national anthem before a game between the San Diego Padres and the Los Angeles Dodgers.

But instead, controllers at the ballpark played a recording of a woman's voice performing the anthem before they had a chance to sing, the chorus has charged in a lengthy statement released on Twitter. As the group left the stadium, fans in the stands hurled homophobic epithets like "you sing like a girl."

The chorus is calling for "a full and transparent investigation into the incident to determine if someone or some people intentionally engaged in anti-gay discrimination or a hate crime by playing a female's voice to represent a group of gay men with the purpose of denigrating and/or ridiculing gay men," the statement said.

Video of the incident was posted online:

The group previously performed at a Pride-themed Padres night in 2015 without incident:

The Padres organization released its own two-sentence statement saying the incident was a mistake in the control room. The chorus called the statement "dismissively brief."

Fans who said they were present at the game weighed in on Twitter. While some were dismayed by the incident, others simply wanted to taunt the chorus further.

According to NBC Sports' HardballTalk, team president Mike Dee has personally reached out to the chorus to talk. When reached by phone, a representative at the Padres' front office declined to comment to Mic, saying the team was working directly with the chorus to resolve the dispute.