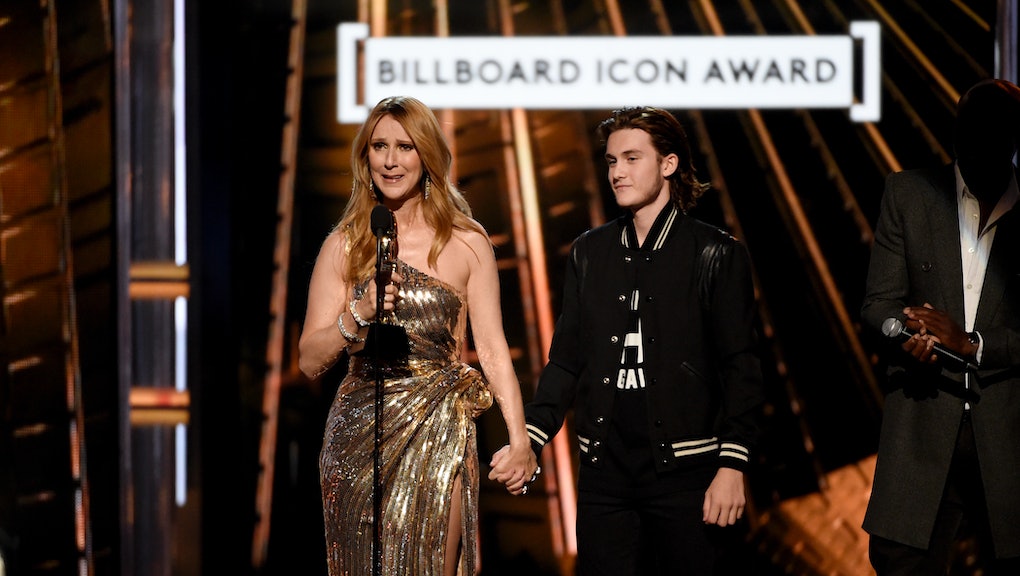 Following her first televised performance since the death of her husband, Celine Dion accepted the icon award at the 2016 Billboard Music Awards with a powerful, career-spanning acceptance speech.

Accompanied by her son, who stood beside her for the duration of her acceptance speech, Dion got teary-eyed as she thanked her mother, who she credits with writing her first song, and her late husband, René Angélil, who passed away in January.

The singer apologized for her tears at the start of her speech, saying, "I want to be so strong for my family and my kids."

The speech followed Dion's performance of Queen's fittingly titled song, "The Show Must Go On." Fans took to Twitter to express how the emotional acceptance speech had resonated with them.

Watch the full clip of Dion's moving acceptance speech below: