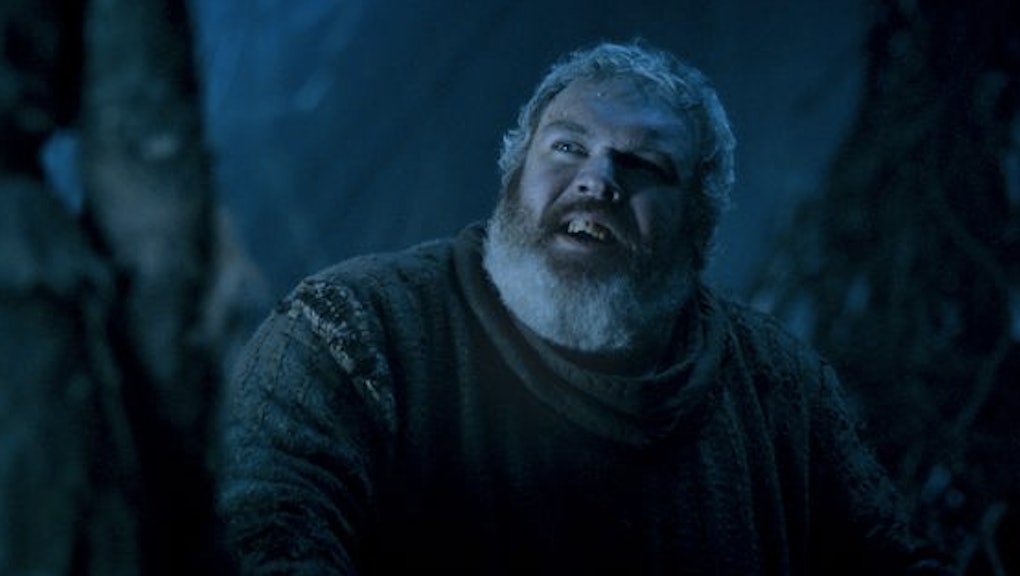 8 Years Ago, a 'Game of Thrones' Fan Called the Tragic, Secret Meaning Behind Hodor's Name

Extreme spoilers for Sunday's episode of Game of Thrones ahead. And maybe some light crying. You've been warned.

Sunday's particularly bloody episode of Game of Thrones ended with a tragic, time-traveling twist — and seemingly against all odds, one genius fan actually called it eight years ago.

The fifth episode of Season 6 of "Game of Thrones" concluded with an epic surprise confrontation with the White Walkers, which Bran barely escaped by warging (a form of mind-control that some possess) into Hodor, a character beloved by fans of the series, using him as a meat shield in the onslaught — and sacrificing his life in the process.

That's right: the White Walkers' zombie army slaughters Hodor — but Bran kind of kills him, too.

You can watch it all go down here, in case once wasn't enough for you.

But during this three-minute fest of blood and tears, fans see more than just Hodor's death — we also see something of an origin story — how he got his name and his speech pattern — and it's a tragic irony worthy of Sophocles.

Up until this point, fans had been racking their brains as to how Wylis, a stable boy from Winterfell who grew up perfectly capable of speech, grew up to become Hodor, a man "with diminished mental capacities" defined by his endearing inability to say anything but his name.

This theory went viral in early May.

At the time, when Mic called the Hodor-has-a-horse-brain theory "mindblowing" and "the most convincing yet."

But after the events of last night's episode — and learning the real reason behind Hodor's name — that theory just feels tragic and disrespectful.

When Game of Thrones revealed that Hodor's name came from the moment of his death, with Bran using mind-control to command Hodor to "hold the door" and sacrifice himself to a murderous army of zombies to buy the escaping Stark son some time, Wylis the stable boy began to seize, unable to say anything but "hold the door!" and then, eventually, just a truncated, slurred version of that command: "Hodor!"

As it does in moments of great, unexpected tragedy, the internet erupted. #HoldTheDoor trended nationwide. And fans tweeted their digital vigils for HBO's fallen prince.

As brutal and unexpected as Sunday's twist ending was, one fan called the tragic, secret meaning behind Hodor's name over eight years ago, in a post buried deep on a Game of Thrones message board just for the series biggest, most passionate fans.