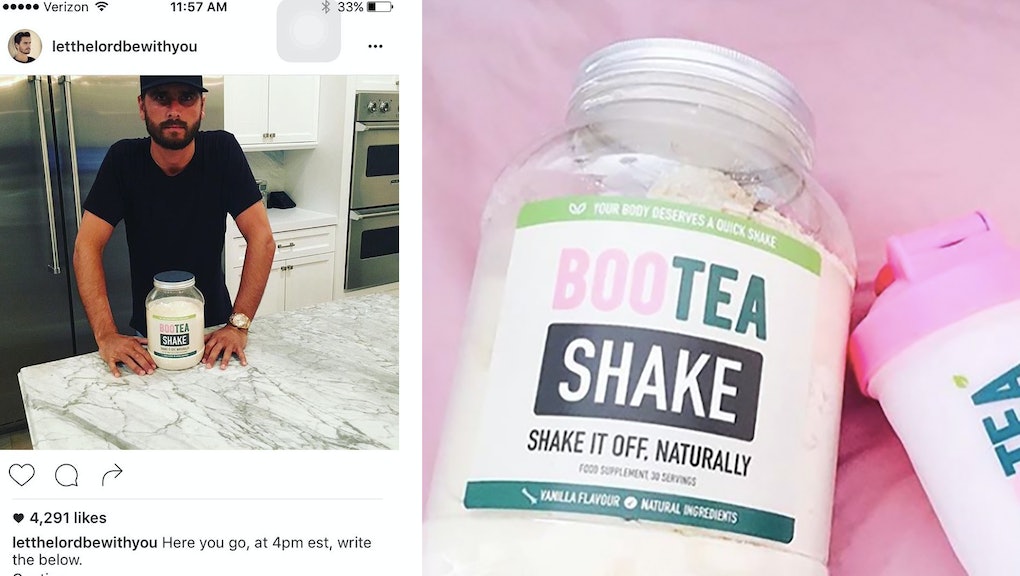 Let's give a nice, long slow clap to Scott Disick for always telling it like it is, whether it's intentional or not.

Here you go, at 4pm est, write the below.

It appears as if a fatigued Disick (perhaps due to not enough protein?) copied his sponsor's instructions directly from an email and pasted it into an Instagram caption, Amelia Bedelia style, taking the directive way too literally.

While the original sponsored description has since been replaced with something more PR-friendly, Twitter user @FrankieGreek thankfully captured the media blunder in a screenshot.

Disick's Instagram faux pas is just another example of the easily-crafted (and filtered) lies that populate social media. While many celebrities and D-listers have used the platform to make some fast cash, the Kardashian crew is particularly infamous for bogarting the opportunity.

The Kardashian-Jenner sisters share a slew of beauty product sponsorships (as sisters are wont to do), including waist trainers, hair vitamins and laxative teas.

While Kardashian fans may like to believe that they too can get the luscious locks of a Kardashian for a mere $29.99, chances are the gang is using their duplicitously-earned dollars to afford top-line hair extensions and daily grooming.

Thanks for the reminder, Mr. Disick.