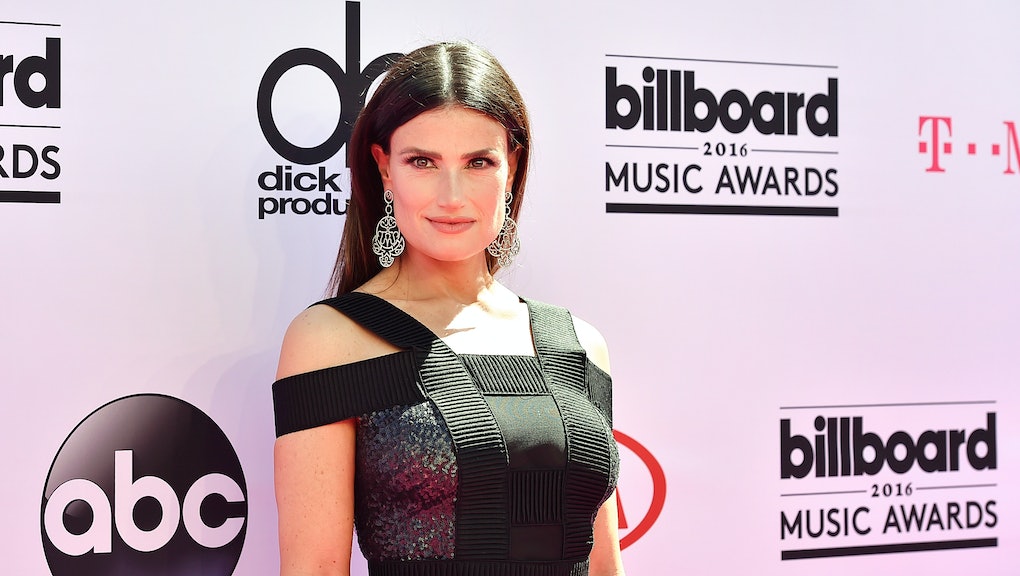 Back in April, Frozen fans started pushing for more LGBTQ inclusion in Disney movies with the #GiveElsaAGirlfriend campaign, tweeting out their hopes that Disney would turn Queen Elsa into its first out queer character. Now, Idina Menzel, who voices the character, is getting behind the cause.

"I think it's great," she told Entertainment Tonight on Sunday, speaking from the Billboard Music Awards red carpet. "Disney's just gotta contend with that. I'll let them figure that out."

Some have suggested that Frozen's theme about accepting and being honest about one's differences — in Elsa's case, her magical powers — is a metaphor for coming out as gay, prompting at least one right wing Christian radio host to declare the animated film "evil, just evil." But the fact remains that Disney has yet to depict a same-sex relationship in its films, despite countless models of heterosexual romance.

But with Frozen 2 in the works, maybe it's time for Elsa to meet a nice girl from another magical kingdom?