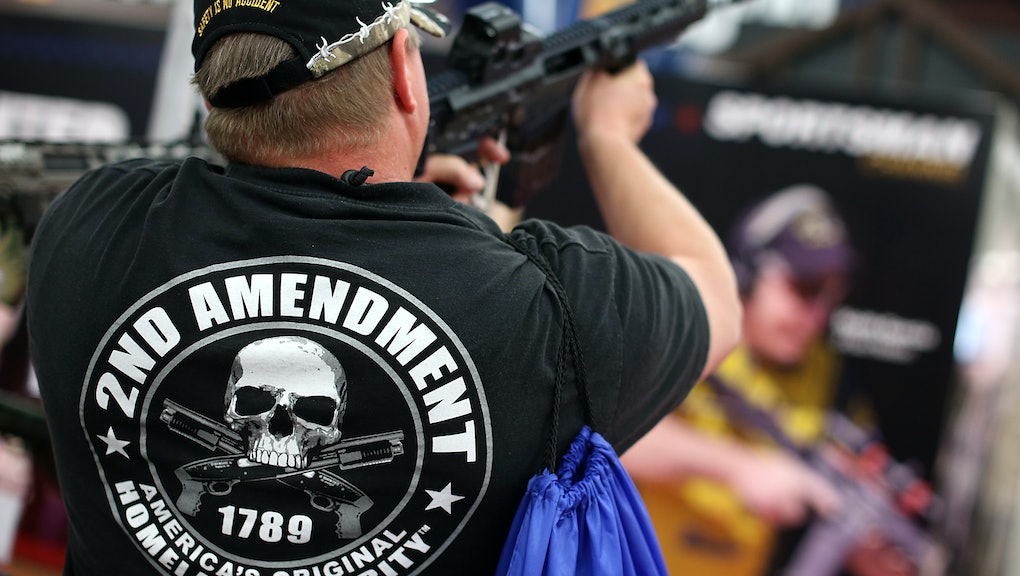 It's prom season again, which means it's time for our annual deluge of pictures of young couples posing next to fathers, "hilariously" holding guns and looming over their daughters' male date.

Get it? Treat his daughter right or he'll shoot! Haha just kidding.

But this mom of a son is sick of seeing the images, and she took to Facebook to explain why she's over it. "This post is dedicated to dads with guns," proud mom Ivery Justivery wrote on Facebook Sunday.

"But what you NOT gon do is ... pull a gun or any type of weapon out on MY son because of your fear of karma," she continued.

Ivery added, "Some people actually raise their man child to be a respectable young men."

Ivery signed the post, "A black mama protecting her son." As of Monday afternoon, Ivery seems to have taken the post down.

Her argument is that holding guns up to teenage boys as a "joke" doesn't exactly encourage a healthy dialogue about respectful relationships — it could actually be pretty traumatizing.

And a lot of people on Facebook agreed with Ivery. Many even pointed out that turning a date into a stand-off between a father and a teenage boy only reinforces the idea that women are basically property for men to fight over.

But some told Ivery that she was taking this "joke" too seriously.

Which prompted her to add an addendum to her original post, saying, "I understand that it's meant to be a 'joke.' That doesn't mean I'm obligated to find it funny."