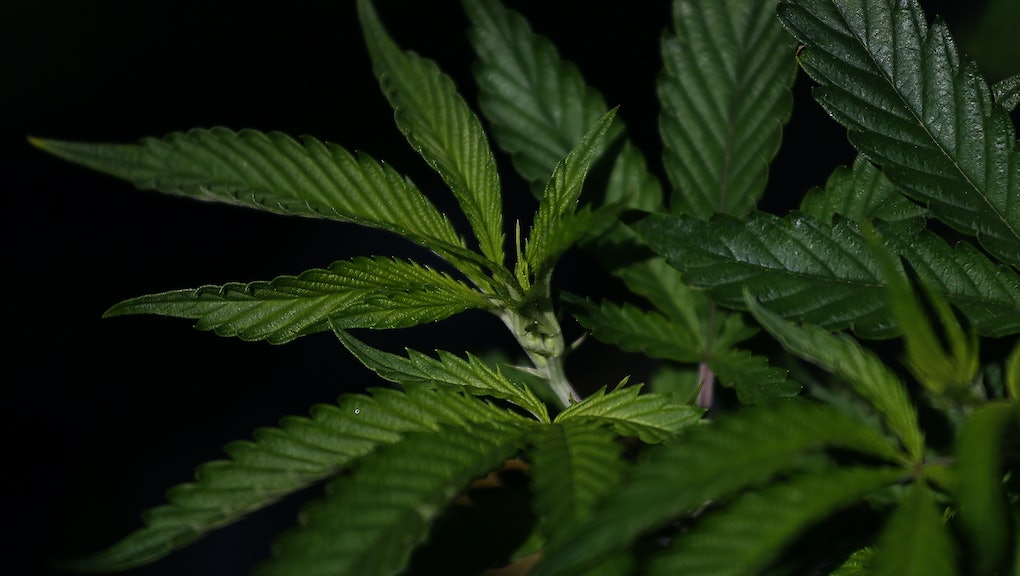 In Countries Where Weed Is Legal, This Is the Hellscape They've Become

The global conversation on marijuana legalization has reached its highest volume yet. Already, some countries, the United States included, have pioneered past decriminalization and into some form of legalization. Few have fully legalized marijuana — and have yet to transform into total hellscapes from it.

For countries ready and willing to take on the intimidating task, it can be well worth it. Legalizing marijuana can produce tangible results in the form of economic advancements and social relief.

In countries where marijuana was legalized, economies didn't collapse, and societies didn't break out in wild crime and younger smokers — Uruguay hasn't, nor has Colombia, the United States or the Netherlands.

The shifting landscape proves that governments and everyday citizens alike are calling into question the so-called war on drugs, which makes way for new policies and reform. "A war that has been fought for more than 40 years has not been won," Colombia's President Juan Manuel Santos said, according to the New York Times. "When you do something for 40 years and it doesn't work, you need to change it."

Here's the "hellscape" countries with legal weed have become.

In 2013, Uruguay made history as the first nation to legalize marijuana in its entirety for tighter regulation. Under the law, people can grow at home, every marijuana sale has to pass through the government and all customers have to be registered with the Ministry of Health. The nation is still waiting on making marijuana purchasable in pharmacies, which would be arguably the ultimate access.

In the past two years, the new influx of farmers has flooded the illegal market, making prices drop, and in turn, damaging violent drug cartels. "Many people don't buy from the black market anymore, they grow at home or at a cannabis club so a part of the money that went to drug trafficking before is now going to the community, creating jobs," Uruguayan grower Juan Vaz told the New Zealand Herald.

Since 1976, the Netherlands decriminalized the possession of five grams of cannabis, which gave way to Amsterdam's famous coffeeshop-culture. But technically, recreational drugs are still considered to be illegal.

Each year in Amsterdam, where marijuana plays a large role in tourism, about one third of its 7 million tourists will hit one of the city's coffeeshops.

Contrary to popular belief, legalized marijuana doesn't necessarily mean that more youth will be lighting up. A 2010 study also found that for the decade between 1998 and 2008, those aged 15 to 34 years old who live in the Netherlands did not smoke marijuana more frequently than in comparable countries like Denmark, Spain and France.

Colombia had decriminalized the possession of small amounts of marijuana in 2012, and at the end of 2015, made the move to legalize medical marijuana's sale and production. Since then, economic opportunities have lured large companies to the country, which has the potential to wipe out smaller, more local businesses. Regardless, Colombia's government maintains that this, plus its ideal growing environment, would help the country infiltrate the international market and become one of the world's top marijuana suppliers.

Although anecdotal, the ability for medical marijuana has allowed for a number of new products, such as a mouth spray that treats muscle spasms called Sativex, to help a number of Colombian patients who vary in age in previously unprecedented ways. Other parts of the world where medical marijuana is allowed are seeing similar and new health products surge onto the scene.

In other parts of the world, opioid overdoses decreased by 25% from the years of 1999 to 2010 as medical marijuana has become a burgeoning and more legal alternative.

In the United States, marijuana is still considered a Schedule I drug, which means it has a high chance of being abused. However, over 23 states have legalized it either medicinally or recreationally. In Alaska, Colorado and Washington, marijuana is available to those over 21 years old.

A year before Uruguay, the fine state of Colorado had decided that recreational marijuana would be legal come the start of 2014 — and it's been reaping profits since. The year between July 1, 2014 and June 30, 2015 had resulted in $70 million in tax revenue from marijuana sales — alcohol, on the other hand, only generated $42 million. In fact, the first three months earned a revenue of $7.3 million.

During those same three months, Denver also saw a decline in various crime rates, ranging from violent crimes and property crime. However, at the same time, minorities have not seen relief when it comes to marijuana crime rates, which may point to a larger issue in the criminal justice system.

Like with Uruguay and its new crop of farmers, Colorado has also seen a slew of new jobs arise from the budding marijuana industry, such as being a budtender or trimmer.

The same trend that happened in Colorado also happened in Washington, whose dispensaries' doors opened up in July 2014. In just one year of selling legalized weed, the state generated $70 million in tax revenue — and counting.

As governments, people and companies continue to learn how to maneuver the new waters of marijuana legalization, it's undeniable the potential that could be in store.

Read more: The Booming Marijuana Industry Is Still Too White