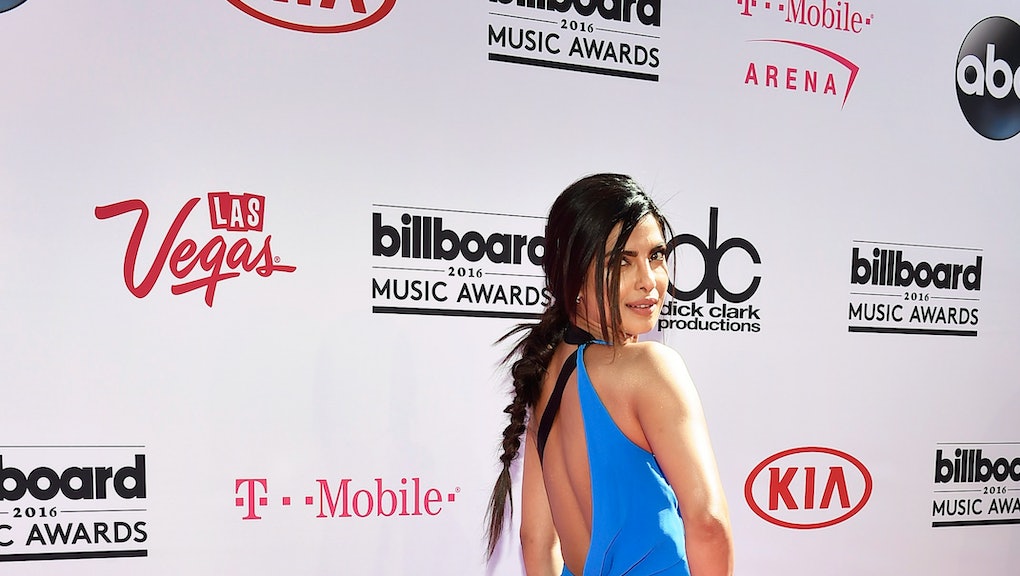 Priyanka Chopra on Being a Bond Girl: "F*** That — I Wanna Be Bond"

Priyanka Chopra has heard rumors that she's in the running to be the next Bond girl. Consider her interview with Complex a firm rejection of any such offer: She's got her eyes set on an even bigger prize.

"I get that all the time," she told Complex of the Bond girl rumors. "But fuck that — I wanna be Bond."

Few in Hollywood are more qualified for the job. The Bollywood megastar-turned-ABC lead actress pulls off serious spy drag every week on Quantico. Yet her winning interview persona is perhaps the biggest sign she has the right spirit to capture Bond's devilish charm.

True, there's never been a female James Bond — or should we say Jaime Bond — but that's certainly no reason to disqualify her. A gender-flipped take on the character would bring a fresh perspective — think of what's happening with the new Ghostbusters.

Plus, audiences are clearly clamoring for more movies starring women and people of color. Why not give Chopra a chance behind the wheel of Bond's Aston Martin?

Read the full interview at Complex.