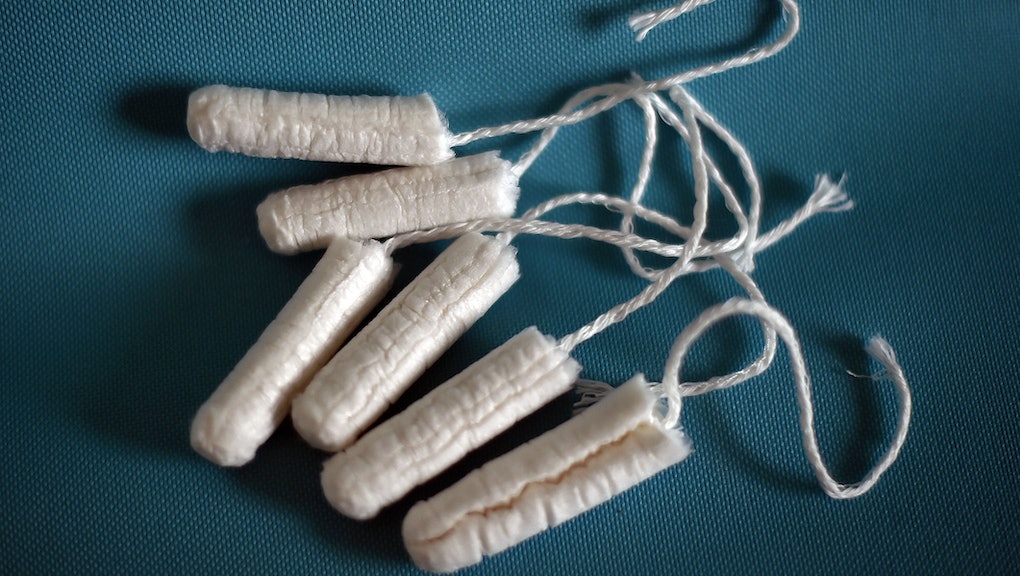 Do Women Actually Need to Have Periods?

Most people who menstruate hate getting their periods. But some people no longer consider it a necessary evil; in fact, they're getting rid of their periods altogether.

Doctors across the country are reporting that a growing number of women are expressing interest in stopping their menstruation cycles with the help of birth control.

"In general, I think views are changing really rapidly," Dr. Elizabeth Micks, who runs an OB-GYN clinic at the University of Washington in Seattle, recently told NPR. "There's absolutely no medical need to have a period when you're on contraception."

There are several options for women seeking to stop their flow, from a hormonal intrauterine device inserted in the body to specially designed birth control pills like Lybrel.

"There is no medical reason why a woman has to menstruate every month," Alyssa Dweck, an assistant clinical professor of OB/GYN at Mt. Sinai School of Medicine in New York, told The Atlantic. "And there is nothing wrong with tweaking the system if bleeding is difficult for women."

According to a study by the Association of Reproductive Health Professionals, the trend of using birth control to stop periods has been growing for over a decade. Their surveys proved that between 2003 and 2006, more women had heard about suppressing their menstrual cycles and were interested in doing so. Although 40% wanted to "never" have a period again, 89% were worried about potential side effects of using birth control to suppress their cycles.

Yet scientists and women's health experts are still debating whether eliminating one's monthly cycle might have negative side effects, as well as why women still have periods at all. Some studies suggest that modern women have far more periods per year than their hunter-gatherer ancestors, whose lifestyles included longer periods of breastfeeding and other natural factors that reduced the frequency of periods. Researchers note similar patterns in some women from rural societies.

Overall, scientists are still baffled by the evolutionary process behind modern menstrual cycles, which are an anomaly among all warm-blooded species. "What we are experiencing, as part of our evolution, is very unusual," anthropologist Beverly Strassmann told the BBC. Strassmann is a prominent critic of the theory that human menstruation cycles are so common because they were favored by evolution, arguing instead these unique cycles are a byproduct of anatomy and other factors.

Not all doctors are confident that using birth control to stop a natural cycle is completely safe. Jerilynn Prior, an endocrinologist at the University of British Columbia, believes that people should think carefully before opting for menstrual suppression, especially young women whose bodies are still developing. "Important studies, like what are the effects on the breast? What are the effects on bone — haven't been done," Prior told NPR.

Only time and further research will reveal the true risks and benefits of altering women's monthly cycles.