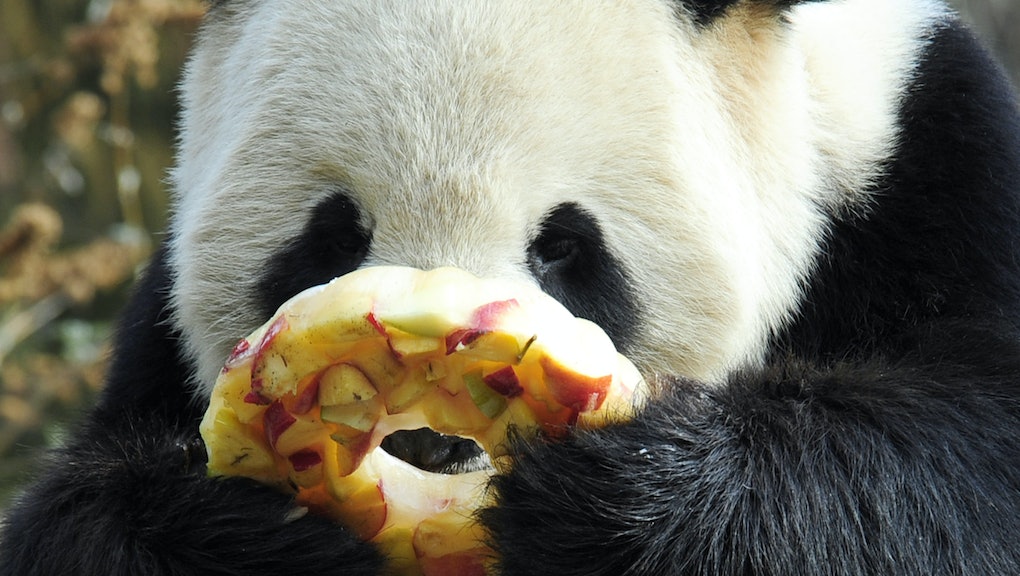 Plus one for parents of picky eaters. Economists have figured out how to get kids to eat more apples, the Washington Post reported.

After noticing that many children toss their fruit at lunchtime, researchers at the Cornell University Food and Brand Lab conducted two separate studies. Both demonstrated that kids are more likely to eat apples when they are served in slices. Silly children.

David Just, a professor of behavioral economics at Cornell and one of the study's authors, told the Washington Post that even small inconveniences can influence food consumption. "Sliced apples just make a lot more sense for kids."

A whole lot of sense, it turns out. Apple consumption was 70% higher at schools that sliced apples compared to schools that did not slice apples.

For anyone who's suffered through braces as a teen, slicing apples before snacking is some what of a no-brainer. Chomping down on a Red Delicious when you've got a mouth full of metal is more than a little painful. (Busted bracket alert!) "It's one of those circumstances where what seems like a really small inconvenience actually makes a huge difference," Just told the the Washington Post.

Kids love all kinds of baby bites. The convenience of sliced apples bring to mind another bite-sized snack: baby carrots. The finger food, which is really just manufactured from larger carrots, have become a lunchbox staple. The Washington Post noted that sliced apples represent around 5% of apple sales in the U.S. right now, while baby carrots, which have been around for 30 years, represent 70% of all carrot sales. Of course, apples can be sliced in home kitchens for brown-baggers, and this may not reflect in the apple sales data.

Just said he was surprised sliced apples haven't taken off commercially quite yet (though McDonald's has been serving them since 2004). "If I had to guess why, I'd say it's because people are somewhat weirded out by apples that don't brown after they're sliced." Just a bit of lemon juice should remedy that.