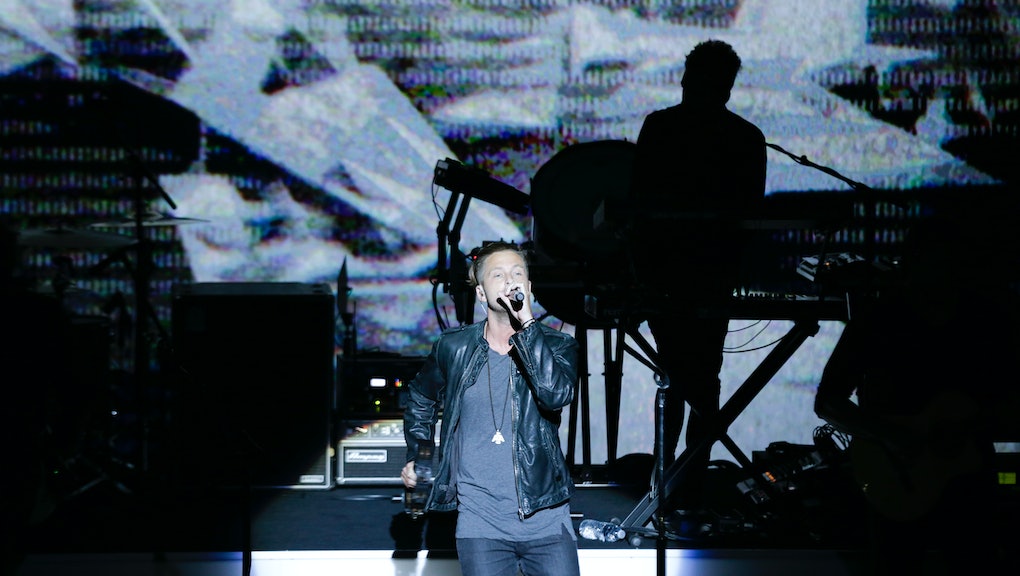 OneRepublic debuted the music video for their latest single, "Wherever I Go," over the weekend.

It stars Kenneth Choi, of FX's The People v. O.J. Simpson, as a burnt-out office employee who imagines his work day becoming much more vibrant through dance.

"It's a bit of a mad kind of unicorn," lead singer Ryan Tedder said of the music video in a recent interview, According to Entertainment Focus.

"It's so bizarre. For a lot of the videos we've done, I've come up with the treatments, and I wondered if people would [think] this one was a bit crazy, but they went for it! You're going to think 'How the hell did this song create that visual in his head?"

Just Jared reported the band has an album coming this year, a follow-up to their 2013 album Native.

"Some people lie but they're looking for magic," the lyrics of "Wherever I Go" read. "Others are quietly going insane/ I feel alive when I'm close to the madness/ No easy love could ever make me feel the same."

Watch the full music video for OneRepublic's "Wherever I Go" below.

Read more: Zayn Malik's Music Video for "Like I Would" Has Him Looking Handsomely 'Tron'-Like