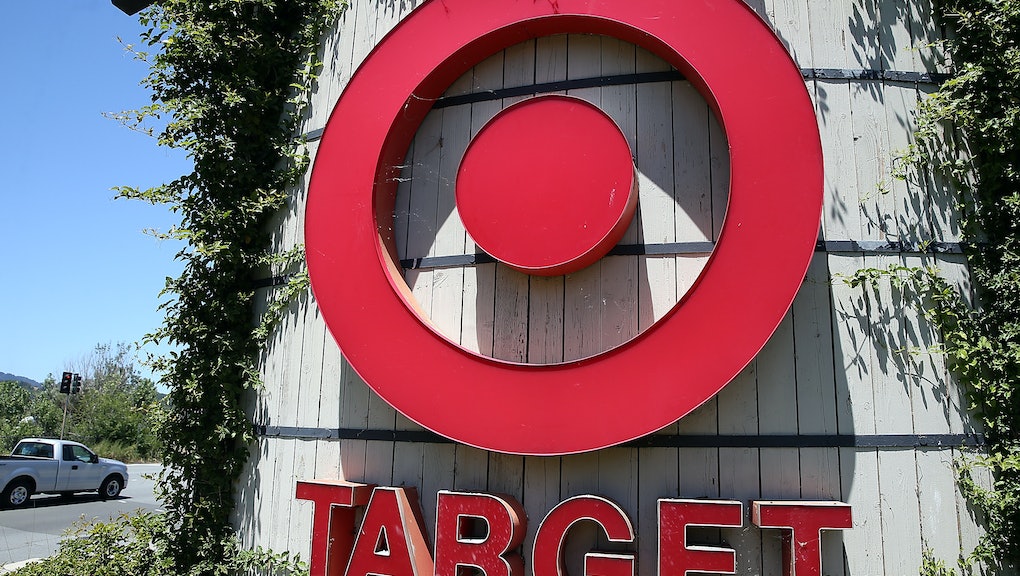 One of the many social conservatives protesting retail giant Target's decision to allow customers and staff to choose which gender bathroom to use has posted a video of themselves entering one of the store's locations and harassing customers with bigoted statements.

But in this case, the protester was met with an actual trans person — who proceeded to call them out.

In the video, which was posted at Raw Story and Towelroad, an anti-LGBT protester walks the halls of an unidentified Target retail location yelling that the store is enabling pedophiles and that LGBT people will "go to hell."

"Do not come to Target!" the man shouted in the video. "They let transgender people in the bathroom!"

"There's a transgender person right here, so you can just keep on walking," one customer shot back.

"That's OK — you're going to go to hell," the protester responded, who was in turn told by the trans person, "and you're going to be an asshole for the rest of your life."

The protester didn't learn his lesson. At another point in the video, the man shouted "Homosexuality is not okay with God. Homosexuals are only 2% of the world's population, but they take up 90% of the HIV. Some safe lifestyle that is, right? Kids have been having their pictures taken in Target bathrooms by pedophiles because Target makes it okay for grown men to put on a dress and go in the same bathroom as your daughter."

Eventually, Target security personnel escorted the man outside, where he continued to yell on the street.

Other conservative protesters of Target's pro-LGBT policy, instituted in the wake of the passage of a law attacking transgender people's rights in North Carolina, have been filmed entering bathrooms of the wrong sex to send a message about bathrooms. As this video shows, that message basically boils down to "I am a bad person."

Read more: Transgender Woman's Selfie in a North Carolina Public Bathroom Is the Best Selfie Ever