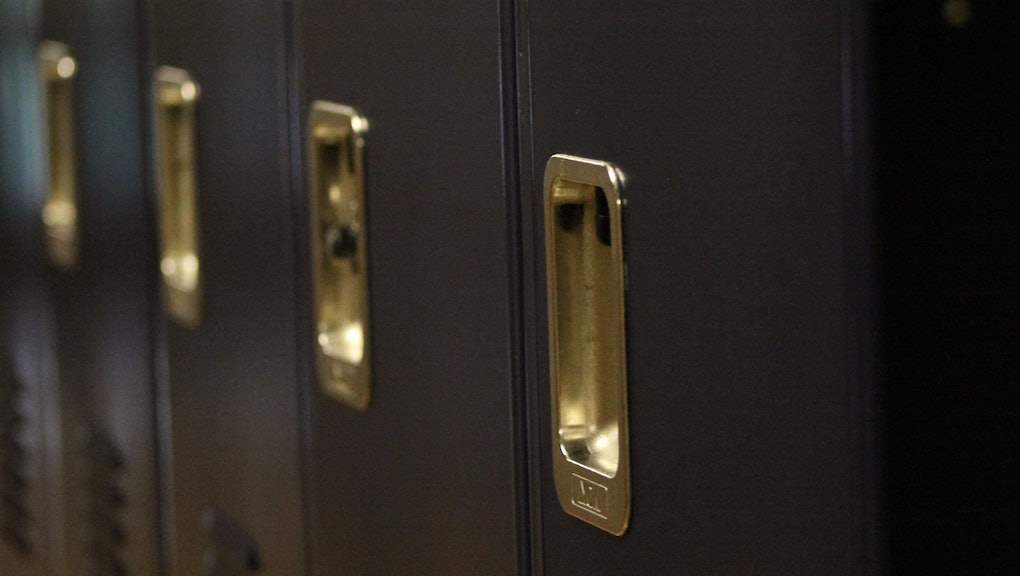 In order to enroll at Trinity Academy, a private Christian high school in Wichita, Kansas, students and parents must sign a document with an LGBT clause that gives the school the right to deny admission or unenroll a student whose family life includes people who do not lead a "biblical lifestyle."

The Statement of Understanding, first uploaded to the internet by blogger Friendly Atheist, shows several statements the family must agree to in order for their child to matriculate.

They must recognize the authority of the Bible, refrain from using drugs and must attend a Bible-believing church. Detractors of the document take the most umbrage with its final clause, which seems to allow the school to expel students who have LGBT family members.

Given the debate and confusion in our society about marriage and human sexuality it is vital that Trinity families agree with and support the school's traditional, Christian understanding of those issues. Therefore, when the atmosphere or conduct within a particular home is counter to the school's understanding of a biblical lifestyle, including the practice or promotion of the LGBT (lesbian, gay, bisexual, transgender) lifestyle or alternative gender identity, the school should have the right, in its sole discretion, to deny the admission of an applicant or discontinue enrollment of a current student.

Trinity Academy released a statement about the clause to local affiliate KSN after news of the Statement of Understanding leaked online.

According to Trinity's statement, the academy wants prospective students to understand their interpretation of the Bible as it pertains to the LGBT lifestyle.

Not quite. While the statement addresses the admissions process, it did not discuss the expulsion process.

Mic reached out to Trinity Academy for a statement on the expulsion process, but did not immediately hear back.