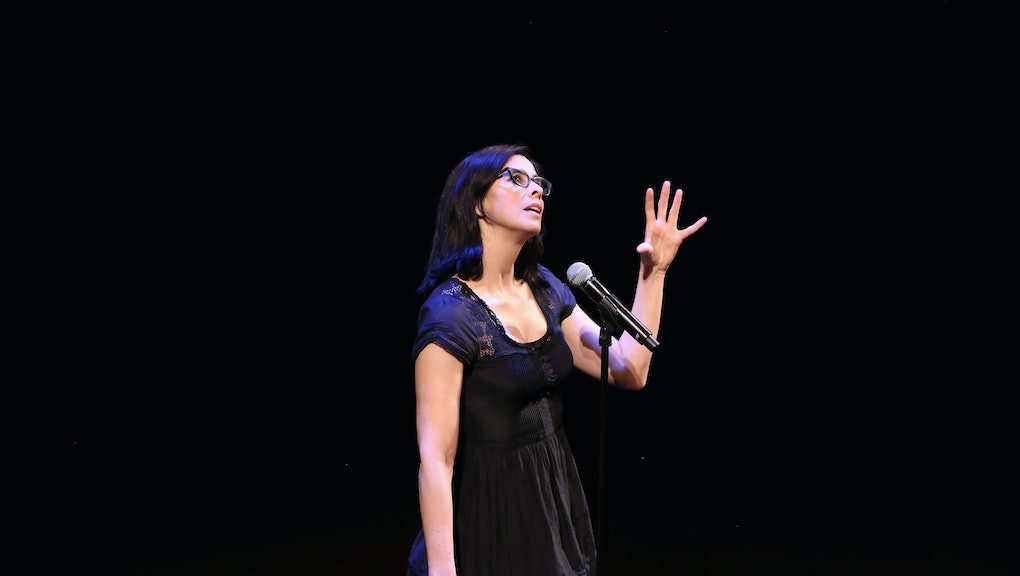 Such is the argument Sarah Silverman made over the weekend during her comedy set at the Vulture Festival in New York City, the Huffington Post reported. She began by citing some old research which claimed that sperm cells may have the ability to "smell" their way to eggs.

She then proposed a way to do so, drawing inspiration from a law mandating that women view their ultrasounds before getting abortions:

It's a real simple procedure. We take a really long needle-like basically GoPro camera and we put it down your penis hole, urethra ... then down into your testicular sack. We're going to show you the ultrasound, so you can see the life in your balls ... You would not believe the amount of men that do not want to jerk off after that.

Ultrasounds are required for abortion-seeking women in 25 states, three of which mandate that clinics "show and describe" ultrasound images to the patient before performing an abortion. (10 states make it optional for the patient to view the image.) According to the Guttmacher Institute, these kinds of laws "appear to be a veiled attempt to personify the fetus and dissuade a woman from obtaining an abortion."