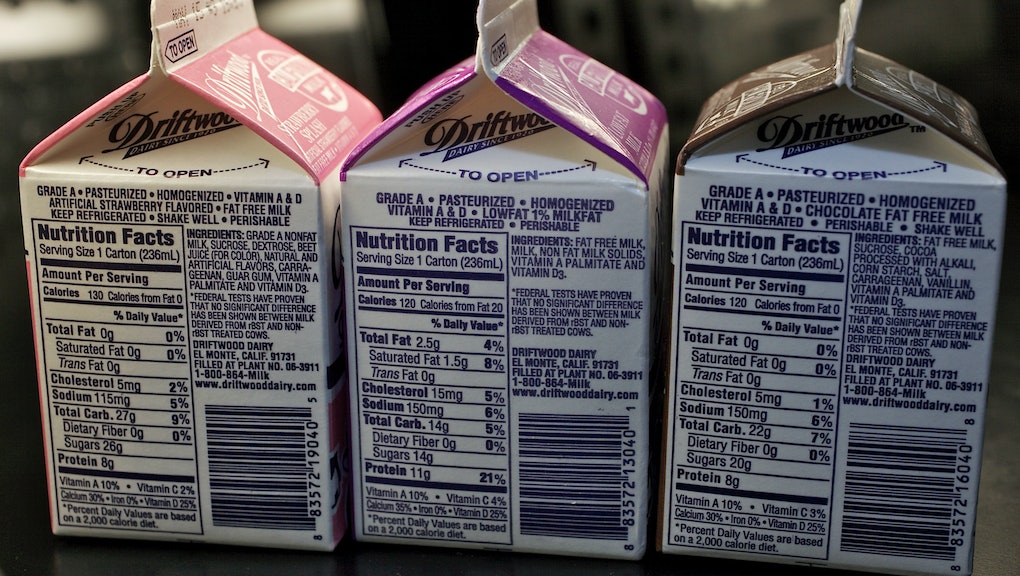 Lunch has turned into time away from from class for one Virginia student who was slapped with a suspension from school after police say he stole a 65 cent milk carton. The student, Ryan Turk, takes part in the free lunch program.

According to local television affiliate WLJA, on May 10 at Graham Park Middle School in Triangle, Virginia, Turk returned to the lunch line to grab a 65 cent carton of milk, which was part of his free meal.

Turk claims that a Prince William County police officer thought he stole the milk and approached him. When he grew upset with being questioned, police handcuffed him for being disorderly.

"I'm angry, I'm frustrated, I'm mad," Ryan's mother Shamise told WLJA. "It just went too far. They are charging him with larceny, which I don't have no understanding as to why they are trying to charge with larceny when he was entitled to that milk from the beginning."

In a statement, a Prince William County Schools spokesperson said that that the Turk's behavior spurred disciplinary action, not the perceived milk theft.

"The need for disciplinary action is determined by how a student behaves throughout any given incident," the school spokesperson said in a statement to WLJA. "An appeals process is in place to ensure the fairness of any disciplinary action."

While the school district is right to be concerned with fairness, it also need to recognize the dire consequences of the over-policing of black children. One 2013 study found that suspensions were correlated with negative criminal-justice outcomes in the long run.

The study also stated that young black boys were punished "most frequently and most intensely" — more so than their white counterparts. According to data collected by the Community Coalition, 40% of students expelled from U.S. schools each year are black; 70% of in-school arrests involve black or Latino students. Black students are also 3.5 times more likely to be suspended than white students.

These statistics show the insidious path from a minor offense — or, in Ryan Turk's case, no offense at all — to imprisonment, which leads to not being able to get funding for college, not being able to vote and the potential to not be able to work and earn a living.