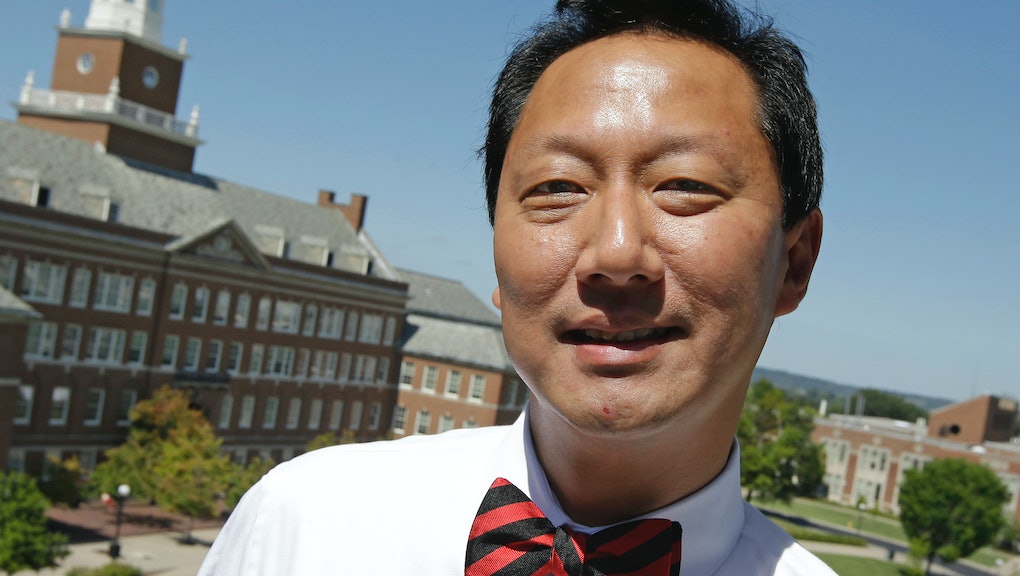 University of Cincinnati President Santa J. Ono Opened Up About His Suicide Attempts

University of Cincinnati president Santa J. Ono wants better suicide prevention measures on his campus — and to that end, he's willing to get personal.

In a series of Tweets posted Saturday evening, Ono opened up about his own mental health struggles, admitting that in his youth he attempted suicide twice. It was a message Ono reiterated to a fundraising audience of about 200 earlier that day, reported the Enquirer.

By sharing his story, Ono said he hoped to destigmatize mental illness and let others know depression is treatable and worth fighting through, telling the paper:

Someone was there for me to help me work my way through that with medication and also seeing a professional to help me through very dark times in my life. There's light at the end of the tunnel. If you have the proper counseling and support, it's really possible for you to move past that and move back into functioning life.

He then took his message to his 70,000-plus Twitter followers, explaining that he "wanted to get that message out to a broader audience."

"There should be no stigma for those with mental illness," Ono tweeted. "I tried to take my own life 2x. We need to support each other."

Suicide ideation is rampant on U.S. college campuses. CNN reported that according to one survey from the Center for Collegiate Mental Health at Penn State, approximately 31% of students reported seriously contemplating taking their own lives during the 2013-2014 academic year, up from 25% half a decade ago.

However, Penn State Center for Counseling and Psychological Services associate director of clinical services Ben Locke told CNN the numbers are more likely the result of a broader dialogue on suicide, rather than increased suicidal thoughts on campus.

"When you put those two together, what they're really reflecting is students are more willing than ever to articulate being overwhelmed and to take that out on themselves, either through self-injury or through talking about the possibility of suicide or thinking actively about that and that plays out in all areas of university life," Locke told CNN. "So universities are coping with the consequences of these kinds of behaviors and thoughts in ways that we haven't necessarily seen historically on a much greater scale."