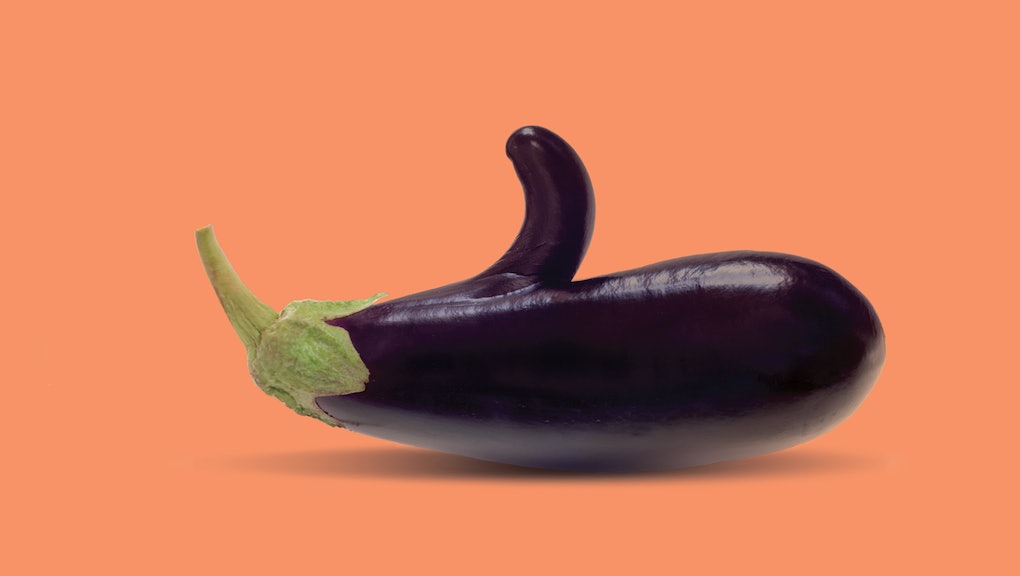 It's not how ugly (or big) your eggplant is, it's how you use it.

San Francisco Muni buses are about to get a little more scandalous, thanks to a new ad campaign from the Center for Urban Education About Sustainable Agriculture, SF Gate reported.

To promote summer farmers markets at the Ferry Plaza, the ad campaign shows misshapen produce with tongue-in-cheek captions. The ads are a provocative take on the recent social media movement to embrace the "ugly" fruit and vegetables to avoid food waste.

"Nature is beautiful and funny and sexy and awkward," Marcy Coburn, executive director of CUESA said via email. "We hope people respond to the campaign by coming down to the Ferry Building to meet our farmers (and perhaps) find their own provocative produce at the Farmers Market."

But does produce innuendo on public transportation take it too far? Check out the ads below.

"I think they did a good job of making it suggestive, eye-catching and fun but no too obvious or 'in your face,'" Jordan Figueiredo, the food waste activist behind the viral @UglyFruitandVeg Twitter account, said in an email. "I love the SF Farmers Market and CUESA and it's where I find some of the best funny and beautiful looking produce [to use for @UglyFruitandVeg.]"

Figueiredo said he tries to keep it tasteful on his own food waste social media accounts. "I'll post fruit that looks like bottoms but none that look like female breasts or 'male appendages,'" he said, noting that his cumulative nearly 130,000 followers (on several platforms) include people of all ages and backgrounds in roughly 190 countries.

But every once in a while, an eggplant that, to Figueiredo, looks like it has arms that are going in for a hug, evokes male genitalia to his fans. "That's okay, too," he said. "It's a form of art and up to interpretation like any art and we all see things differently."

Whatever catches the eye, right?