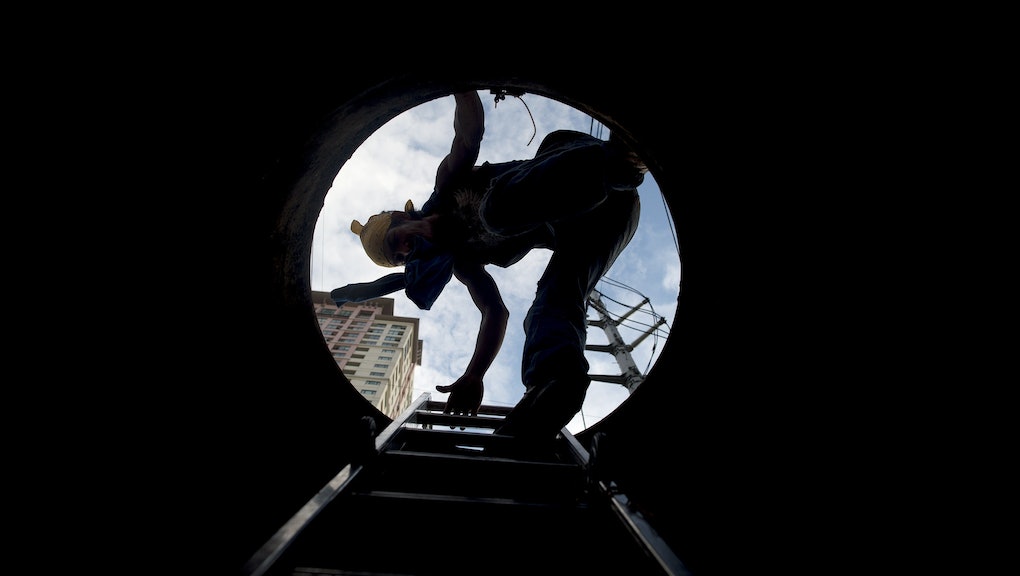 Jeff Bezos Challenges Interviewees to Solve This Puzzle. Can You Figure It Out?

If you're interviewing for a job at a leading tech company you can bet they're going to try and stump your nerd brain.

And if you find yourself face-to-face with Amazon CEO Jeff Bezos, you should brush up on your manhole knowledge. (Also, good luck, because Amazon may "work you to death" and drive you to therapy).

"So, why are manhole covers round?" Bezos might ask you, as he asked student Brian Birtwistle following a Harvard Business School presentation in 1997, an event described in The Everything Store: Jeff Bezos and the Age of Amazon by Brad Stone.

If your answer is "They're round because it makes them easier to roll into place," as Birtwistle's was, then go directly home, do not pass Go, do not collect your Amazon paycheck.

"That is incorrect, but it is not a bad guess," Bezos told him.

Birtwistle wasn't completely wrong — manhole covers are round in shape because it's easier to put them back on after they are removed and it's also an easier shape to manufacture, according to Live Science.

But that isn't the most important reason manhole covers are round. It's so they won't fall into the hole.

Unlike a square, which, if held diagonally over the hole could be dropped in, a circle can't be shoved in, Live Science reported.

Now, when you blow Bezos' mind with your command of geometry, can you also ask him why they ship tiny items in big-ass boxes?