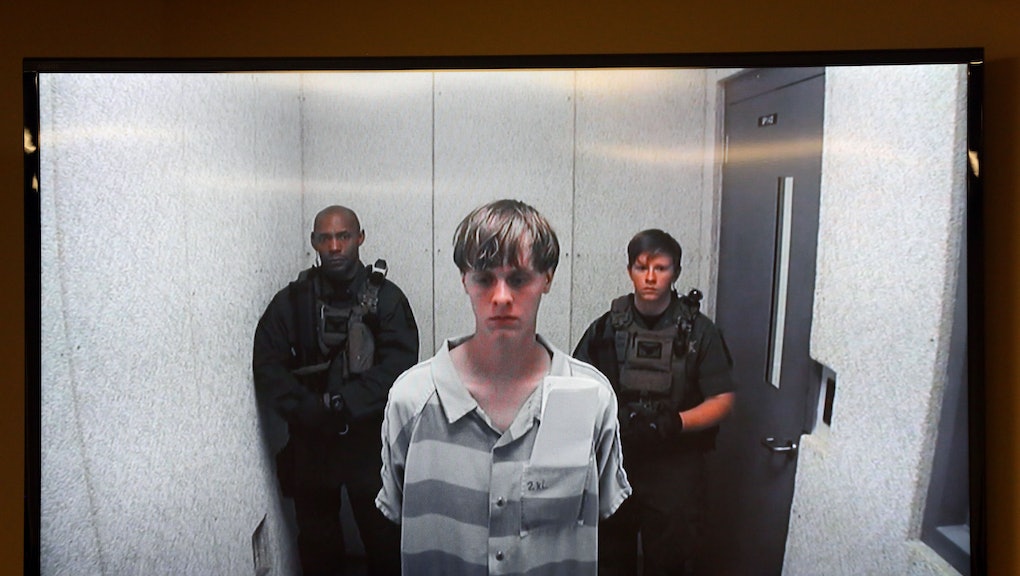 The U.S. Department of Justice will seek the death penalty in the trial of Dylann Storm Roof — the 22-year-old man accused of entering Emanuel African Methodist Episcopal Church in downtown Charleston, South Carolina, and murdering nine members of the congregation on June 17 — the Associated Press reported Tuesday.

State prosecutors have previously announced they will seek the death penalty for Roof, but the notice Tuesday is the first time the federal government has announced its intention to do the same. In addition to numerous state charges, Roof faces 33 separate federal charges, including "hate crimes, weapons charges and obstructing the practice of religion," Associated Press reported in July.

Before the shootings, Roof uploaded a manifesto, to a site called the Last Rhodesian, the contents of which left "no doubt that the shooting was racially motivated, as it is full of justifications of white supremacy, neo-Nazi symbolism such as references to the number 88 and racist diatribes against people of color," Mic reported at the time.

According to the Death Penalty Information Center, the federal government has not executed any inmates since 2003, when it put convicted murderer Louis Jones Jr. to death.

However, convicted Boston Marathon bomber Dzhokhar Tsarnaev has been sentenced to die but has not yet been executed, according to the center. Attorneys have appealed the sentence.