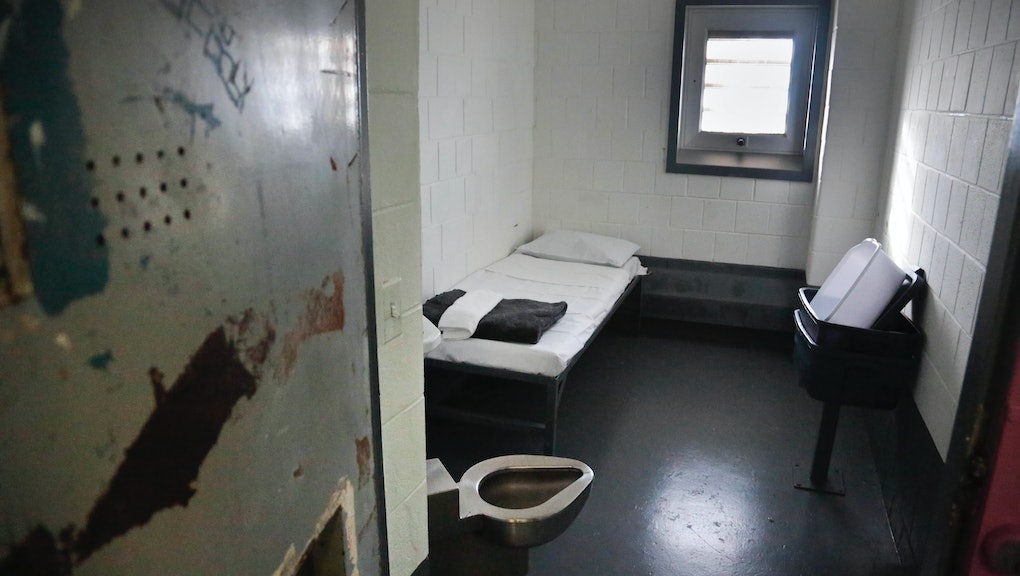 One Statistic Shows Yet Another Problem With Incarceration in America

Policymakers across the United States are scrutinizing prison sentencing practices and taking steps to counteract the way in which they've become too lengthy over the past few decades. But a new report from the Department of Justice finds that thousands of people are staying in prison for longer than they were originally sentenced to.

According to the New York Times, the Justice Department's inspector general determined that between 2009 and 2014, over 4,300 federal inmates were kept in prison past the date they were scheduled to be released. The figure does not capture prisoners kept in state facilities, which hold a majority of inmates.

Over 150 inmates endured the extra time in prison due to human error — typically misinterpretation of a judge's punishment or miscalculations of how much time a prisoner served in jail before receiving their sentence. Most of the time this resulted in a release that was up to a month late, but "61 were held for an extra month or longer, and three inmates were kept for more than a year beyond their scheduled release," according to the Times.

Overwhelmingly, however, the late release of a prisoner was attributable to a technical issue that federal prison officials say is not caused by their administrators' mistakes. Most prisoners were released late because of other factors in sentencing, "such as a judge's shortening a prisoner's sentence to less than the time he had served, or a state or local court's imposing a sentence that was not included in the federal system," reported the Times.

But the Justice Department was unsatisfied by the level of information it was able to ascertain as to why exactly those technicality-driven late releases were occurring.

Ultimately, given that late releases afflict fewer than 1% of released prisoners, per the Times, it's not surprising that the focus for reform advocates remains on re-evaluating the way that the criminal justice system is determining what counts as appropriate punishment in the first place.