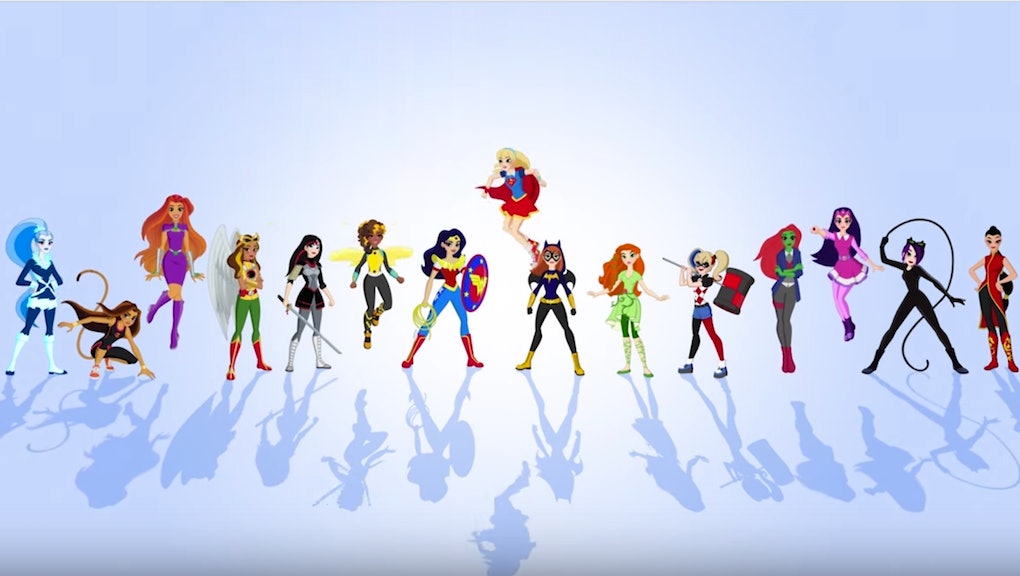 DC Entertainment's Super Hero Girls Could Be Over $1 Billion Brand for Warner Bros.

DC Comics' brand continues to compete with Marvel in the film and television space — though it's safe to assume the latter has won the big screen battle so far. But where DC has failed with its blockbusters, it's looking to make up for by focusing on a less-targeted market: young girls who love comic books.

DC Entertainment president Diane Nelson has been at the helm of DC's Super Hero Girls, a new franchise aimed for girls ages six to 12. Its web series, Super Hero High, focuses on prominent female superheroes and villains going through the trials and tribulations of high school.

"Our overall consumer products represent a $6 billion business," Nelson said, in an interview with Fortune. "The DC brand brings in about half of that. We think the DC Super Hero Girls can be bigger than a $1 billion brand."

"In some of our comic books, Poison Ivy and Harley Quinn are villains, but in high school, the characters are discovering their strengths and weaknesses while sitting alongside Wonder Woman and Supergirl," Nelson said, according to Fortune. "If you look at Batman and Superman, there are adaptations that appeal to 6-year-olds, as well as 40-year-olds. I hope that young girls get the things I hear about from every fanboy — an incredible sense of empowerment and aspiration. It's about getting hope and inspiration from powerful role models. It's about saving the day, alongside men."

As Marvel continues to mull whether to give Black Widow (Scarlett Johansson) her own movie — what would be the first female superhero film for the franchise — DC has created Super Hero Girls and already announced a Harley Quinn (Margot Robbie) movie venture of its own.

Clearly, where DC currently lacks Marvel's punch in cinematic quality, it's making up for with inclusivity.

Read more: 6 Female Superheroes Who Deserve Movies Before We Get Another Superman Movie