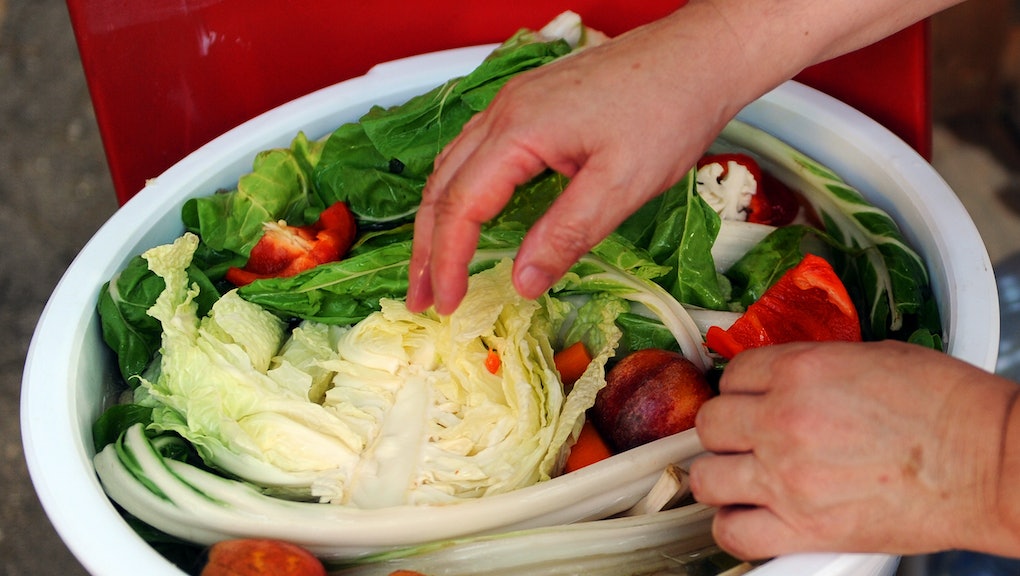 70 Billion Pounds of Food Are Wasted EveryYear. Lawmakers Are Finally Addressing It.

This week, celebrity chefs, including Top Chef head judge Tom Colicchio, are off to Washington, D.C., to wine and dine lawmakers. And they have an agenda: convince the House of Representatives to address the mountain of food waste the United States generates each year, the New York Times reported.

Wednesday's hearing is the first time the House Agriculture Committee, which usually deals with food stamps and farm subsidies, has considered this issue, according to the New York Times. A panel of experts including scientists and directors from the National Resources Defense Council, the Grocery Manufacturers Association and the Food Law and Policy Clinic at Harvard Law School will attest to the country's food waste.

Well-known chefs, including Colicchio, will engage in a discussion Thursday on food waste at the White House.

Here's why food waste is a big and expensive problem.

- The country wastes 40% of its food, according to the National Resources Defense Council.

• 70 billion pounds of food go to waste each year in the U.S., according to the New York Times.

- Citing the Food Policy Action Education Fund, the New York Times reported $218 billion a year is wasted on "growing, processing, transporting and throwing out food that is never eaten."

Under President Barack Obama, the U.S. government pledged to reduce food waste by half by 2030, the Environmental Protection Agency reported. But until now, Capitol Hill has not discussed methods of reducing food waste.

"What we hope is to raise level of consciousness about how much food is being wasted along the chain," Colicchio told the New York Times.

What legislative changes are already in the works to combat food waste? In both the House of Representatives and the Senate, lawmakers are crafting bills that will make food expiration dates more clear. Rep. Chellie Pingree (D-Maine) and Sen. Richard Blumenthal (D-Conn.) are leading the charge on the Food Date Labeling Act, which was introduced May 18.

As labeling stands now, expiration dates are fairly conservative, Emily Broad Leib, director of Harvard University's Food Law and Policy Clinic, told Civil Eats. Date labels haven't been standardized since the 1970s, when the priority was to tell consumers when food was at its best.

Terms like "use by," "sell by" and "best before" are the norm, but these are vague and confusing. (Ever bickered with a family member or roommate about whether an expired carton of milk still smells OK?)

Your arguments, and food waste, could be eased fairly soon.