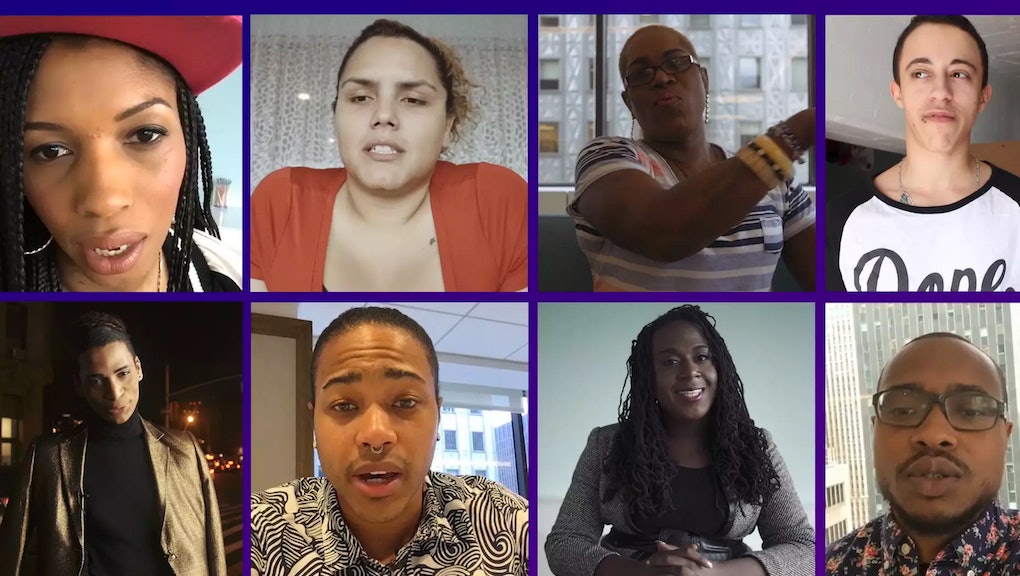 Transgender People Dispel Common Myths About Being Trans With #AskTransFolks

You may have noticed that everybody seems to be talking about transgender people lately. Between Caitlyn Jenner, North Carolina's controversial HB2 and the ongoing epidemic of transgender violence, transgender media representation is at an all-time high. But, amid the constant reports on trans rights and trans deaths, how many trans people are given the opportunity to talk about trans lives?

Enter #AskTransFolks, a new collaborative campaign from social media project Papel & Caneta, Mesa and FLAGCX. The project allowed transgender people to respond to questions from Twitter about life as a transgender person.

Participants shared their feelings on Jenner, the best part of being a trans person, how they balance masculinity and femininity and more:

Devin-Norelle is featured in the above video talking about balancing masculinity and femininity. Devin-Norelle, who identifies as androgynous and uses ze, zim and zis pronouns, said the project is about creating a space for respectful conversation where cisgender people can feel free to ask a question. And then, trans people can answer questions they feel comfortable tackling.

"We're humans, too, and we'd love to have this conversation with you but let's actually have a conversation rather than a back and forth that can be really negative," ze said in a phone interview. "It would be beneficial for both of us."

Devin-Norelle said too many people think being transgender just means that a person transitions within the binary system from one gender to another. That's not the case for everyone, including Devin-Norelle, who is gender-fluid.

"Some people refuse to understand that there are no gender or that genders are a social construct," ze said. "It comes with the job, it comes with trying to have other people understand what your gender is and that trans people aren't just a binary thing. While it's exhausting, it's still necessary."