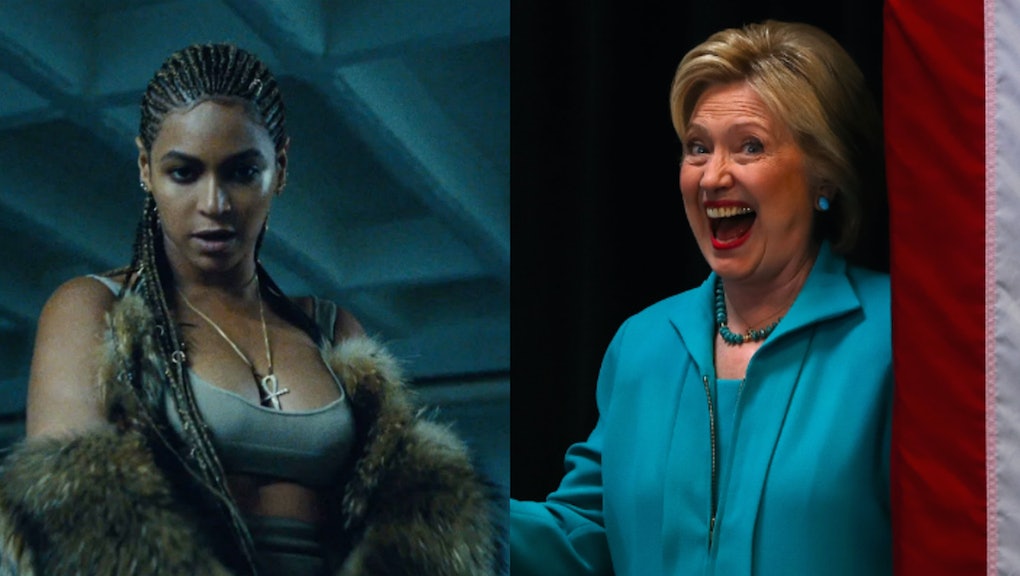 Finally, the American electorate is getting what it needs from its presidential candidates: their thoughts on Beyoncé's Lemonade.

Hillary Clinton appeared Wednesday on The Ellen DeGeneres Show, where the host grilled her on the issues most plaguing voters — like "Who'd you rather?"

"I really believe in making lemonade out of lemons," Clinton said, picking Beyoncé over Leonardo DiCaprio. From there Queen Bey advanced to the next round: Beyoncé vs. Chewbacca Mom, the internet's latest viral sensation.

"Well, I'd stick with Beyoncé, but I would like Chewbacca mom around because she made everybody laugh," Clinton said.

Clinton did not reveal whether the statement would mean Chewbacca mom will hold a guaranteed seat on her cabinet under a Clinton-Knowles-Carter ticket. It didn't matter: Beyoncé eventually lost her spot in the White House when Clinton opted for host Steve Harvey. Politics in 2016 are brutal.

Toward the end of the interview, DeGeneres made sure to ask one last burning question: "Have you seen Lemonade, and do you like it?"

Oh, and for those who are wondering whether Clinton might be considering uniting the Democratic Party with a vice president other than the queen, she chose actor Tony Goldwyn over Vermont Sen. Bernie Sanders. And Vice President Joe Biden. So there's that.

Check out the segment below: