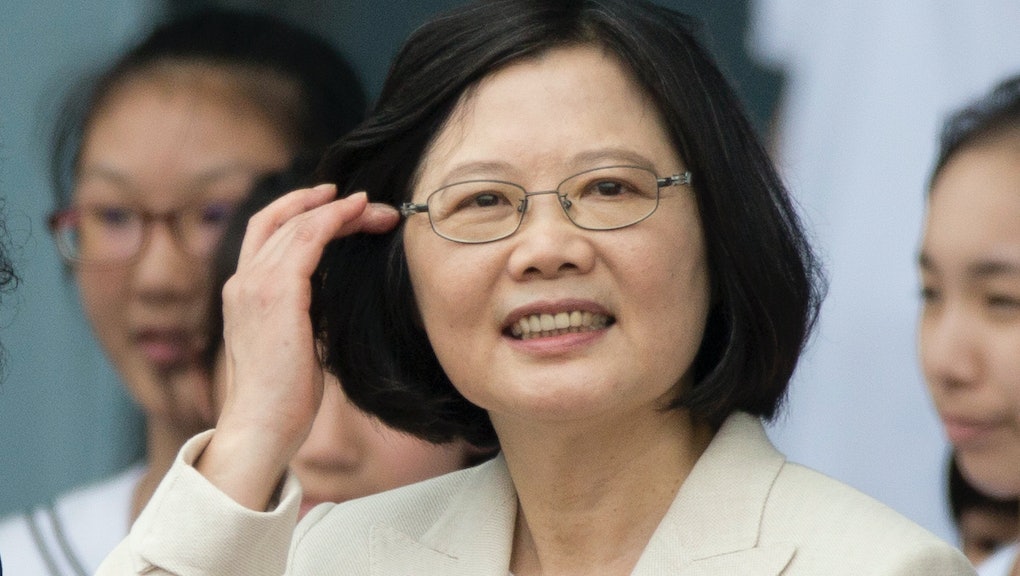 Tsai Ing-wen, Taiwan's first female president, is quite the accomplished, progressive lady. She holds three law degrees, is an author and a LGBT rights supporter.

But according to one Chinese military official, Tsai is unfit to rule "long-term" because she is single.

Wang Weixing, of Beijing's Academy of Military Sciences, wrote an op-ed for a state newspaper, in which he blasted Tsai, not for her political skills, but for her romantic life.

"As a single female politician, she has no emotional encumbrances of love, no family restraint, no children to worry about," Wang wrote, according to a translation from CNN.

"Her political style and tactics are often emotional, personalized, and extreme." The article called her unfit to rule "long-term."

The article has since been removed but people are outraged by it. "Many women abroad admire Miss Tsai's tenacity and drive, especially the fact she is strong and independent and does not need a man to rule," one person wrote on Weibo, an Asian social media platform, according to BBC.

But China's media has a long and ugly history with sexist attitudes towards women, as women fight to wean away from traditional gender roles. Last year, the Communist Party's newspaper the People's Daily published an article of 18 female journalists who were deemed "Beauty with brains," according to CNN.

Former law professor Tsai took office on Friday, and is currently in-between the political rift of resolving or cutting Taiwan's ties with China. As a part of the Democratic Progressive Party, Tsai favors Taiwanese independence.