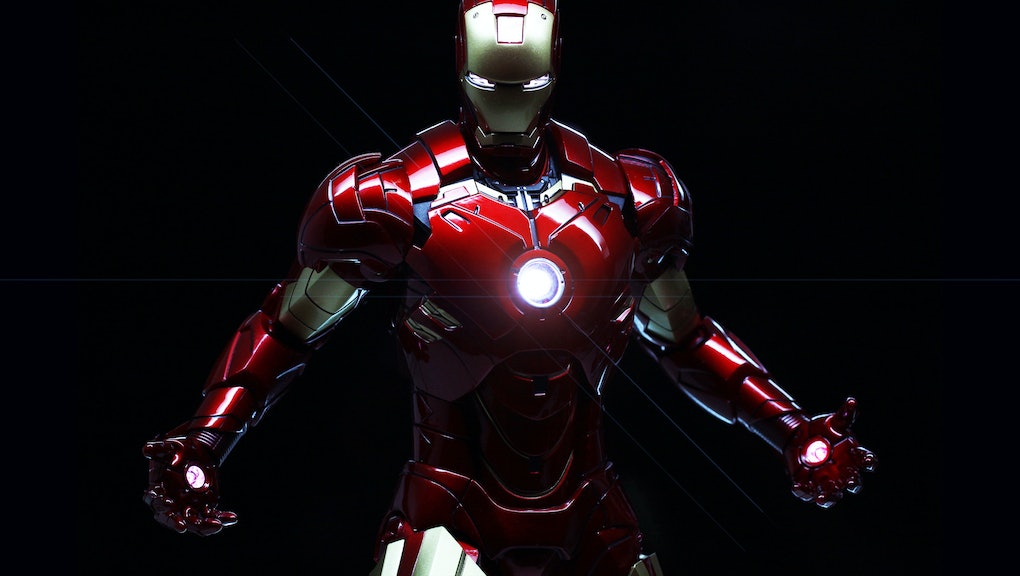 In the first Avengers movie, Tony Stark, aka Iron Man, has to save humanity by traveling through a wormhole and suicide-bombing an alien armada. Somehow, he falls back to Earth and, defying all odds, is physically fine.

But his mental health takes the brunt of the abuse. He develops post-traumatic stress disorder — and other characters don't seem to notice. It may be a superhero movie, but untreated PTSD is a very real, human problem.

Polygon writer Ben Kuchera has an amazing theory about how Stark's post-traumatic stress influences the rest of the Marvel universe.

According to Kuchera, plot points throughout the following films revolve around Stark's desperate attempts to save someone or everyone, which often backfire. An automated suit almost kills his partner, Pepper Potts, and in trying to protect the planet, Stark paves the way for Ultron — the titular antagonist in Avengers: Age of Ultron — all of which dig Stark deeper into desperation.

By Captain America: Civil War, Stark is anxious, sleepless and self-destructive. And not for nothing, he tries to seek help — as shown in the Iron Man 3 post-credits:

It doesn't matter that Stark is a superhero dealing with superhero problems. Like Batman, he's just a regular rich guy in a suit, someone who experiences human reactions. In fact, Stark would be one of the estimated 7.8% of Americans who experiences PTSD at some point in his life. What's scary is there are cases like Stark's that go untreated.

Stark would be one of the estimated 7.8% of Americans who experiences PTSD at some point in his life.

PTSD cases among veterans are small compared to the number of cases that occur among civilians. Research shows the number of civilians who experience PTSD is 13 times higher than the number of military people who are affected by it.

Undiagnosed PTSD doesn't just stay in a holding pattern of panic attacks and depression: It festers, turning into substance abuse, severe depression, loneliness and rage issues. It alienates friends, family and partners. In Iron Man, Potts eventually leaves Stark as a result of it.

When PTSD occurs in the U.S. veteran population, it makes the news. When it happens to Iron Man — beacon of unflappable masculinity, sultan of smug, giver of no fucks — it's treated with eye rolls and dismissal. His name is Iron Man, not Sensitive Man. And that's what unravels him in the end — until, late in the franchise, his fellow Avengers acknowledge Stark shouldn't go it alone.

Even if you're a super-rich playboy with a room full of weaponized suits worth $8.46 billion, there is no cure, over-the-counter or otherwise, for PTSD. There's treatment, like cognitive behavioral therapy, cognitive processing therapy and prolonged exposure therapy. There are anti-depressants, like selective serotonin reuptake inhibitors. But without a cure in sight, some people with PTSD drop out of therapy early or don't seek treatment at all.

In the Marvel universe, Stark's mental health is the shaky cornerstone from which calamity is built. It's what keeps the franchise moving in perilous and disastrous ways.

But for real people dealing with mental disorders every day, PTSD is the furthest thing from entertainment.