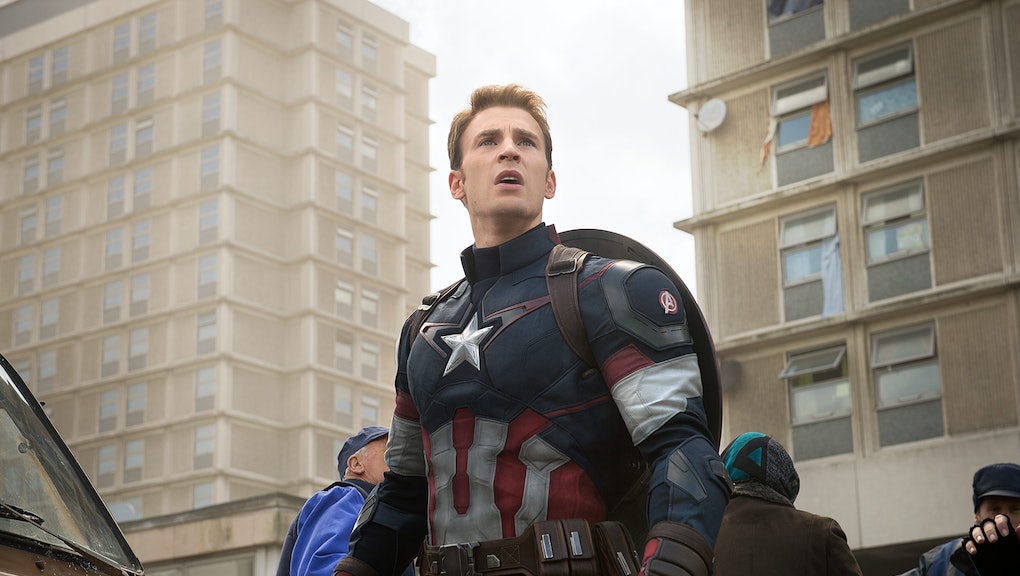 Marvel franchise hero Captain America has been saluting Old Glory since he first hit comics in 1941. Apparently, he's also been slipping in a "Hail Hydra!" every now and then when no one's looking.

On Wednesday morning, issues of Captain America: Steve Rogers #1 revealed the patriotic hero has secretly been a deep-cover agent of nefarious global terrorist organization HYDRA the whole time. Yes, that HYDRA — the ostensible villain of all three Marvel cinematic universe movies bearing the captain's name, and his oldest enemy in the comics (other than possibly Nazi Germany).

In an interview with Time, Marvel executive editor Tom Brevoort explained "It means on the most fundamental level that the most trusted hero in the Marvel universe is now secretly a deep-cover Hydra operative, a fact that's really only known to the readers and to him. That makes every interaction he has with anyone take on a second layer, a second meaning."

"We want to push that button." Brevoort continued.

There should be a feeling of horror or unsettledness at the idea that somebody like this can secretly be part of this organization. There are perfectly normal people in the world who you would interact with on a professional level or personal level, and they seem like the salt of the earth but then it turns out they have some horrible secret — whether it's that they don't like a certain group of people or have bodies buried in their basement.

Of course, this is the comic book industry, so in a few weeks or months there's a solid possibility the captain's supposed double-cross will be revealed as mind control, an alternate timeline or some other narrative tomfoolery.

"No matter what Marvel Editor Tom Brevoort has told the press today about this being planned since Spencer began writing Sam Wilson: Captain America in 2014, or how this will all make sense if you go back and read 75 years of Captain America comics, this is a gimmick with no shame," posited io9's James Whitbrook.

In the meantime, however, it seems like some fans aren't especially amenable to the change, starting the hashtag #SayNoToHydraCap:

Others tied the HYDRA twist to a fan's recent exhortation Captain America be revealed as gay:

Finally, others mocked the angry hordes: