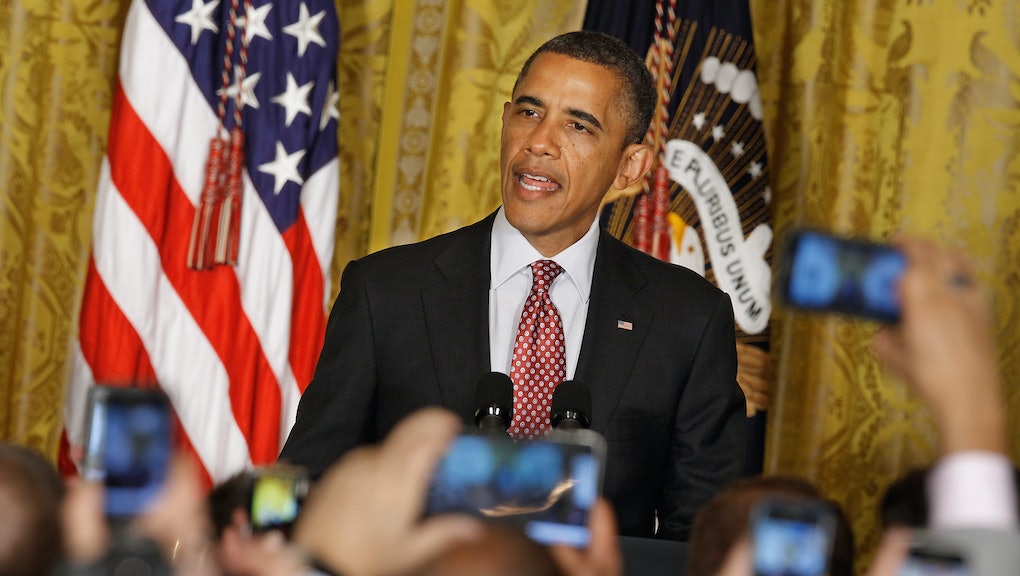 On Wednesday, 11 states filed a lawsuit against President Barack Obama's administration over the president's recent declaration that U.S. schools must allow students to use the bathroom they feel best reflects their gender identity, Reuters reported.

The plaintiffs in the suit are Texas, Alabama, Wisconsin, Tennessee, Arizona, Maine, Oklahoma, Louisiana, Utah, Georgia and West Virginia, according to CNBC.

With the exceptions of Louisiana and West Virginia, governed by Democrats John Bel Edwards and Earl Ray Tomblin respectively, the states are headed by Republican governors.

According to Patrick Morrisey, attorney general of West Virginia, the states view the president's order as just another example of "federal overreach."

"The administration cannot compel schools to obey the edict, but the letter comes with its own implicit warning," Mic reported on May 13. "If districts refuse, they could face the loss of federal funding and face lawsuits from the Justice Department similar to the one now bearing down on North Carolina."

The suit comes days after the state of North Carolina and the Department of Justice sued each other over HB2, a law forbidding municipalities from establishing LGBT people as a protected class and mandating individuals use the bathroom according to the sex assigned on their birth certificate.

According to recent surveys by Vox, the public broadly supports laws protecting transgender people from discrimination by the government, but is of much more mixed opinion on the bathroom directive. While Republicans fighting the bill have often alluded to the social disorder and possible risk of sexual assault posed by equal bathroom access, experts from 12 states "including law enforcement officials, state human rights workers, and sexual assault victims advocates" recently issued a report through progressive group Media Matters arguing no such risk exists.