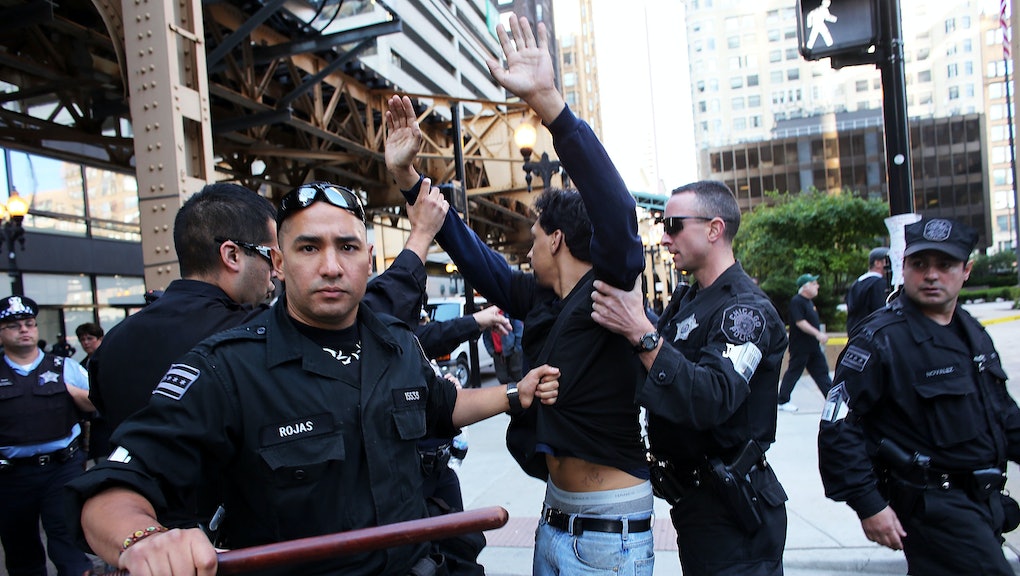 The past several months have seen the Chicago Police Department come under withering fire amid a series of exposés about the department's practices. Recent scandals include the killing of 17-year-old black teenager Laquan McDonald, who was shot 16 times by a police officer despite posing no threat; a Guardian investigation alleging Chicago police sent detained individuals to a "black site" at Homan Square; and a Department of Justice investigation into whether or not the department routinely uses excessive force on suspects.

Here's something even more stunning: CNN has discovered that throughout all of 2015, less than 1% of people arrested by the CPD were given access to an attorney.

"In the past three years, less than half of 1% of people arrested in Chicago saw an attorney while in police custody — a possible violation of their constitutional legal rights — according to statistics provided by the Chicago Police Department after CNN filed a request under the Freedom of Information Act," CNN reported Wednesday.

According to Fox 32, the CPD made 113,107 arrests in 2015. While that's a decrease from the prior year's 128,730 arrests, a report commissioned by Mayor Rahm Emanuel — himself facing extensive criticism for his role in the department's malfeasance — found practices like racially targeted traffic stops and undue use of Tasers remain rampant in the department earlier this year.

Chicago is also a national leader for racially disproportionate arrests. That makes all of these practices implicitly racist as well, since the abuses are predominantly directed at minorities.

It's really the capstone on an awful decade for the department. From CNN:

Data from the Chicago Law Department, which serves as counsel for the city, reveals that the city paid more than $322 million from 2010 to February 2016 in judgments, settlement payments and legal fees for a number of reasons, including false arrests, illegal searches and seizures, extended detentions, malicious prosecutions, excessive use of force, reverse convictions, constitutional rights violations and failure to provide medical care.

In a statement to CNN, the department commented that the "vast majority of arrestees ... are released in a matter of hours, and not questioned in custody," as well as suggested most people it brings in prefer not to obtain a lawyer due to the time and effort involved.