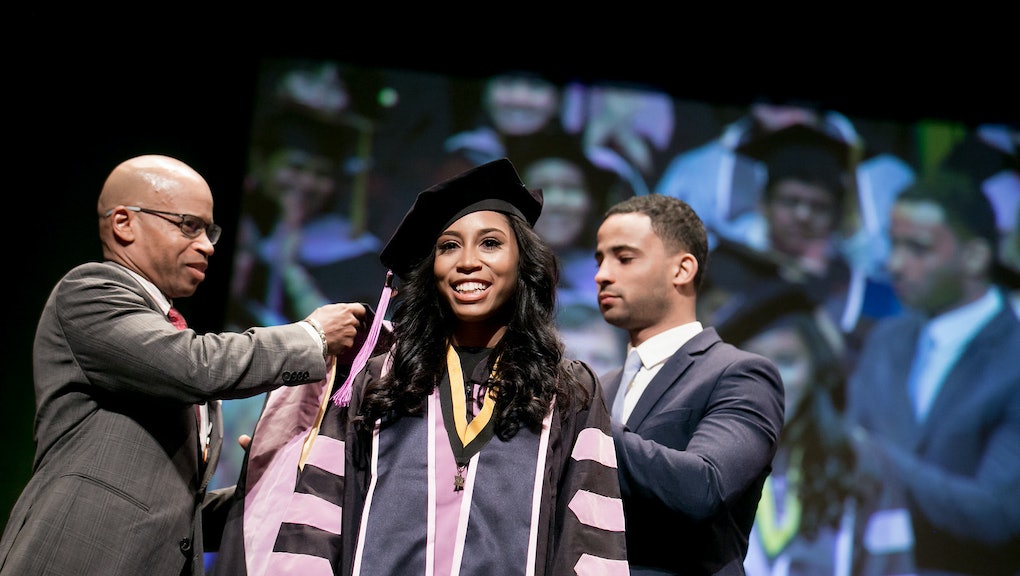 Established in 1840 as the Baltimore College of Dental Surgery, the University of Maryland School of Dentistry is known as the first dental college in the world. This past week, the school again made history when it graduated the first black valedictorian in its 176-year existence.

As graduation approached, Tera Poole knew she was among the top five students in her class, but she didn't know where exactly she ranked. When she opened up the graduation program, Poole saw her name at the top as the class valedictorian. She didn't have much time to celebrate, however: The young dental student from Ohio gave the commencement speech shortly thereafter.

"Everything, even being valedictorian was a surprise to me," Poole said in an interview.

It wasn't until two days after graduation that Poole found out she had made history.

Andrea Morgan, a recruitment coordinator at the University of Maryland's School of Dentistry, was pleased to deliver the good news to Poole, but recalled the sobering history of the dental school.

"The sad part is that the first African-American person didn't graduate from our dental school until 1972," Morgan said in a phone interview. "It took from 1840 to 1968 for a black person to come and graduate. That's my lifetime."

Out of a class of nearly 130 graduating students, Poole said she and nine other black female students helped each other through dental school. "Sticking together, we knew that we were in this together, that if there were any hardships, we were always there for each other," she said. "When it came to studying for classes, we'd study together in the library. If it came to things outside of school that we were having hardships with, we always made sure we were there and speaking with each other."

Poole said she hopes to open up her own practice in the future, and resurrect a blog she let die during dental school. "I'll be pursuing my orthodontics residency but also branching out under the Dr. Tera name so I definitely want people to stay tuned for what's next," she said. "I want to be the Dr. Oz of dentistry. Something along those lines."