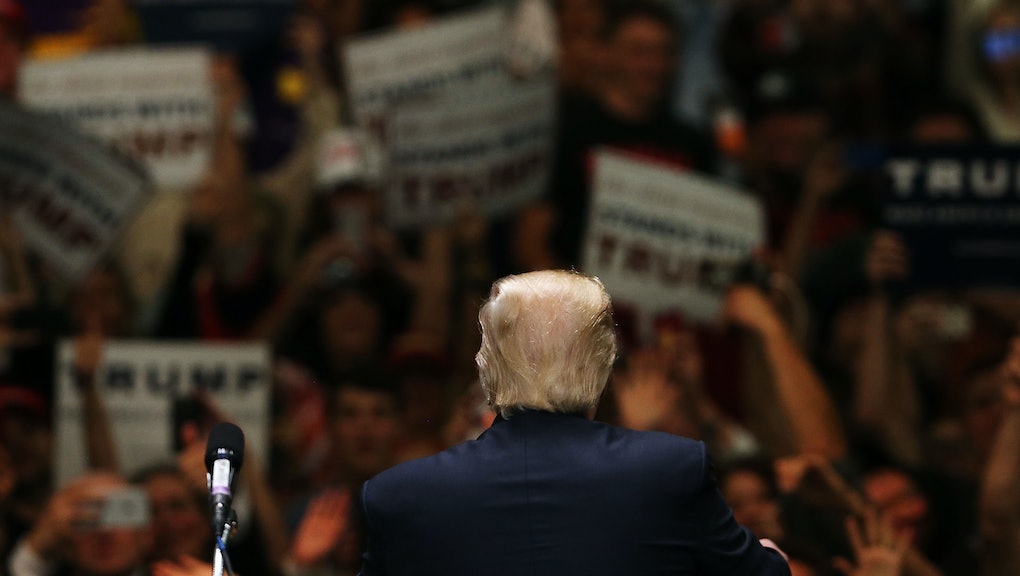 During a press conference at the G-7 summit in Japan on Thursday, President Barack Obama said that the divisive rhetoric of presumptive Republican presidential nominee Donald Trump has thoroughly rattled global leaders.

"... A lot of the proposals he makes display an ignorance of world affairs or a cavalier attitude or an interest in getting tweets and headlines instead of actually thinking through what is required to keep America safe and secure and prosperous," Obama said, according to the Washington Post.

Obama isn't exaggerating; the leaders of many nations have voiced their opposition to Trump's more radical positions — and the list isn't short.

United Kingdom Prime Minister David Cameron had choice words for Trump in the wake of his proposed ban on Muslims entering the United States, calling the suggestion "divisive, stupid and wrong."

Cameron also told British parliamentarians that if Trump "... came to visit our country, I think he would unite us all against him," according to CNN.

Trump also enraged Mexican President Enrique Peña Nieto with comments in June 2015 about how when "... Mexico sends its people, they're not sending their best ... They're bringing drugs. They're bringing crime. They're rapists."

In February, former Mexican President Felipe Calderon also expressed disdain for Trump's proposed border wall designed to curb illegal immigration, telling CNBC that the Mexican people "are not going to pay any single cent for such a stupid wall!"

Trump was embroiled in a bizarre Twitter feud in January with Saudi Prince Alwaleed bin Talal Alsaud after the real estate mogul tweeted a photoshopped image of the prince standing next to Fox News host Megyn Kelly.

"Trump: You base your statements on photoshopped pics? I bailed you out twice; a third time, maybe?" bin Talal fired back, referencing the fact that he assisted Trump financially in the 1990s.

A Fortune article said at the time that the exchange suggested that "... at least some of the global power elite that Trump rubs elbows with are not happy with the magnate's fiery rhetoric."

Israeli Prime Minister Benjamin Netanyahu joined the parade of world leaders denouncing Trump after his proposed ban on Muslims, releasing a statement that said Israel "... respects all religions and strictly guarantees the rights of all its citizens."

After Trump told Reuters that he was interested in meeting with North Korean leaders to discuss the country's nuclear program, the nation flatly refused the prospect of negotiations in the event of a Trump presidency.

"It is up to the decision of my Supreme Leader whether he decides to meet or not, but I think his [Trump's] idea or talk is nonsense," So Se Pyong, North Korean ambassador to the United Nations in Geneva, told the news service.