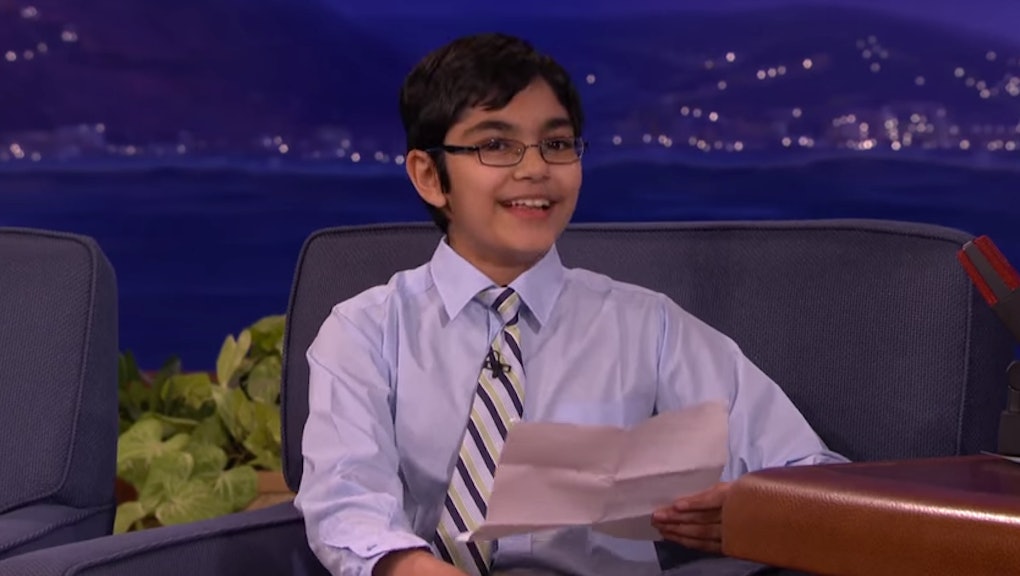 Tanishq Abraham has accomplished more in a years than some people do in a lifetime — and he's just getting started. Last year, when he was only 11, Abraham graduated from American River College in Sacramento, California, with three associates degrees. Now 12, he's got plans to head off to a four-year university in the fall to study engineering and complete his bachelor's degree.

Abraham's already been accepted at the University of California at Davis and Santa Cruz, according to The Quint. But, not surprisingly, being a kid at college hasn't been that easy.

"There were some students who were intimidated and possibly jealous of me but most of them were very supportive and nice," Abraham told The Quint. "Of course they were confused wondering what I was doing in a college class but they later became used to me and we became friends."

Not only has Abraham already graduated from college, he's also given a TEDx talk and appeared as a guest on Conan, where he shared some of his favorite science jokes with host Conan O'Brian.

Abraham told The Quint that he wants to become president someday so he can change "the fields of education and healthcare."