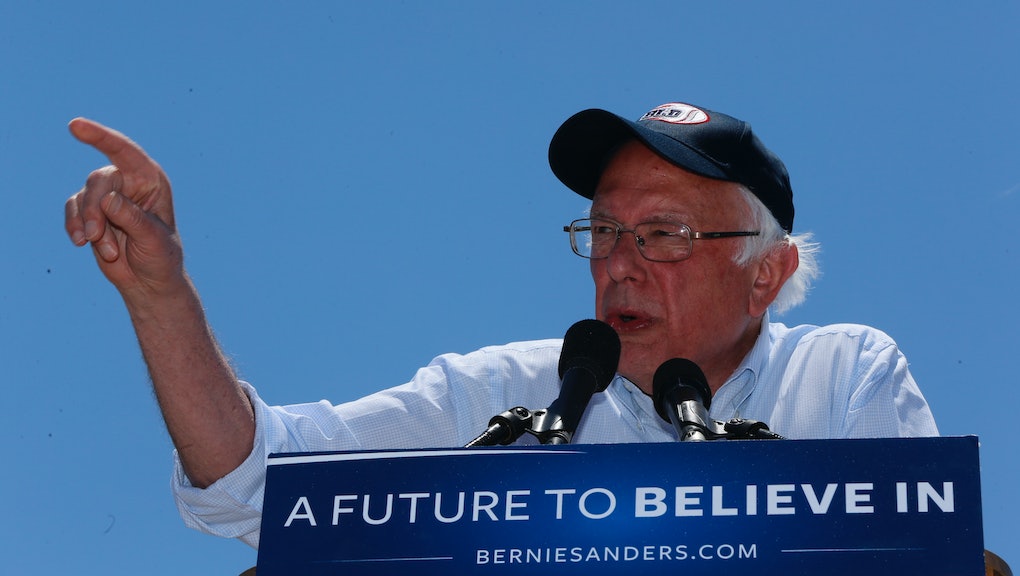 Voters feelin' the Bern are causing Hillary Clinton quite a headache.

A recent YouGov poll found 50% of Sen. Bernie Sanders' supporters saying they will not vote for Hillary Clinton in November — a statistic that's led to a tightening in polls between Clinton and presumptive Republican nominee Donald Trump.

But political analysts remain skeptical that the percentage of Clinton defections will be that high.

"As long as the Democrats are in the middle of a nominating contest, which they are, surprisingly, you're going to have Sanders people who will say they're not voting for Hillary," Stu Rothenberg, a nonpartisan political analyst, said in an interview.

"If they acknowledge they would vote for Hillary, it forces them, in some ways, to turn their back on Sanders. And they're fully committed to him," Rothenberg added. "Once he comes to the realization that everyone else has, that the race is over, and once he gets out, I think you'll see a significant switch on the part of his supporters."

Read more: Listen to Episode 3 of 'Special Relationship,' a Podcast From 'Mic' and The 'Economist'

Past Precedent: Before there was the #BernieOrBust movement, there were the PUMAs in 2008.

An acronym for "Party Unity My Ass," the group was made up of frustrated Clinton supporters who vowed never to vote for now-President Barack Obama. Some even threatened to defect to then-GOP nominee John McCain.

By November, however, the PUMAs had largely caved to back Obama, helping him win decisively over McCain.

Even in 2016, Trump is starting to win over Republicans who identified with the #NeverTrump movement in the primary.

A recent Washington Post/ABC News poll found the number of Republican voters who said they'd back Clinton over Trump fell to 8% in May, down from 14% in March.

Still, it may take time for Sanders backers to decide to vote for Clinton.

And Rothenberg said it will be the younger voters — whom Democrats count on for presidential victories — who will be the hardest to convince.

That same Washington Post/ABC News poll found Trump and Clinton running even among the 18-29 age demographic.

"But I suspect they will come around," Rothenberg said.