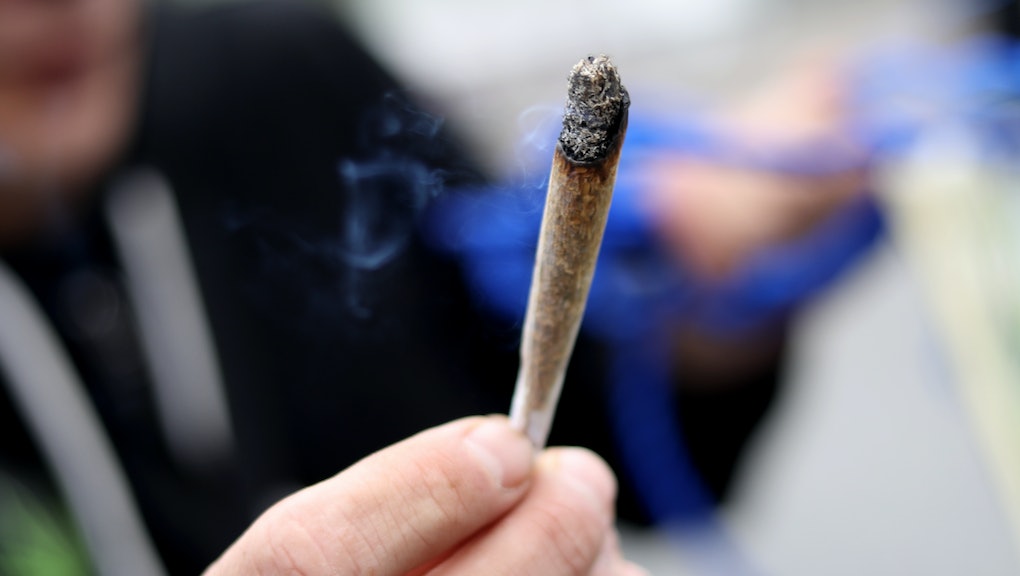 Welcome to the First Gym Where You Can Also Get High

With marijuana still testing the waters of legality nationwide, a gym in California is planning to up the ante by allowing members to get high while working out.

Power Plant Fitness, a new gym in San Francisco, is claiming to be the first marijuana-friendly workout facility in the world.

The concept is simple. With growing legalization and public acceptance, you can take a toke in between crunches, TechInsider reported.

"It won't be a place to get high and just screw around," founder Jim McAlpine wrote on a company blog. "We are focused on the athletic side, not the cannabis side."

With any luck you'll be as high as a kite and swole as this cat.

McAlpine says his goal is to help flip the script on cannabis use in the United States and combat stereotypes that casual stoners are lazy, listless and indolent.

In an email to the tech website, he said the ultimate goal was to optimize user experience by creating a personalized weed plan for each gym member to determine how and when marijuana consumption could improve their performance.

"We will be helping our members figure out how is best for them to ingest their cannabis," the email read.

However, studies have shown that weed may have earned its reputation for making users lazy. So, will working out and toking up take the country by storm?

Read more: Here's How Weed Can Change Your Favorite Workout