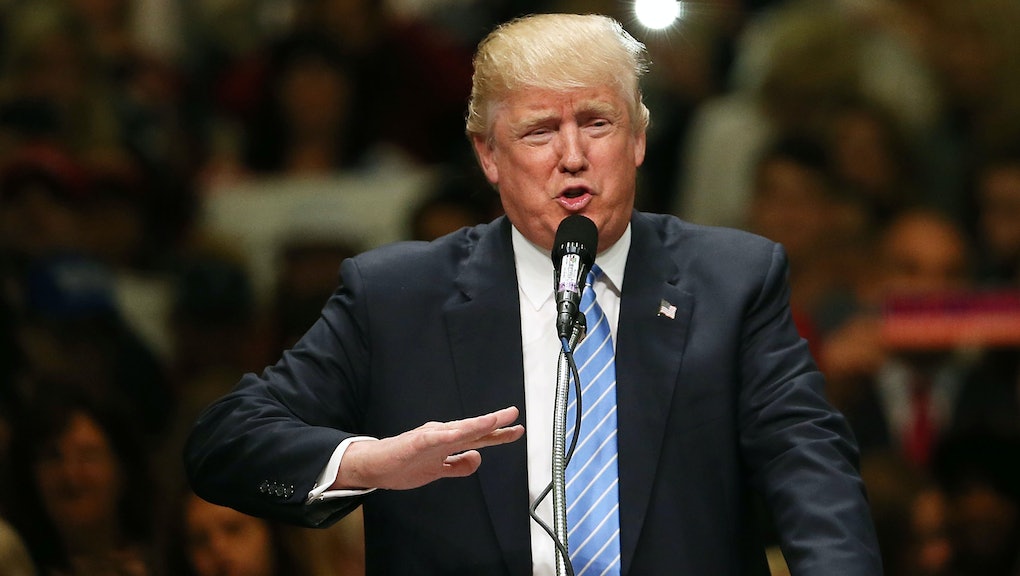 The Trump Train has reached its destination.

As of Thursday, businessman Donald Trump amassed the 1,237 delegates needed to clinch the Republican nomination, the Associated Press reported.

The AP calculated that a small group of unbound delegates pushed Trump past the milestone marker.

Trump has been the presumptive GOP nominee since May 3, when Sen. Ted Cruz and Ohio Gov. John Kasich dropped out of the race, leaving him the last of the 17 Republicans standing.

But Thursday's milestone solidifies that status, officially killing the possibility of a contested Republican National Convention in Cleveland in July.

On the Democratic side, Hillary Clinton is still competing with Sen. Bernie Sanders. But she is expected to clinch her party's nomination on June 7, when voters in New Jersey and California head to the polls.

Read more: A 24-Year-Old Bernie Fan Debated Bill Clinton for 30 Minutes — And Made a Good Point