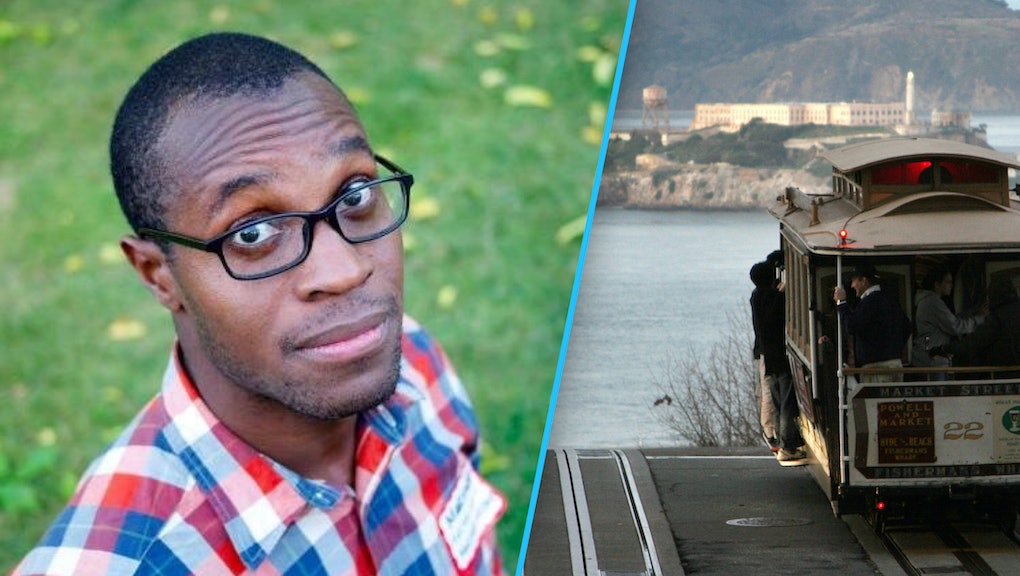 Silicon Valley has a well-documented diversity problem. Startups have published transparency reports, founders have made pledges and hired diversity-focused staff, and the media has covered it aggressively.

But that doesn't mean the mindsets of people who work in tech are changing. Racism and prejudice still exist — they're just not in reports. They're in everyday conversations, job interviews and small interactions.

Makinde Adeagbo — a former Pinterest engineer and founder of /dev/color, a nonprofit that supports black software engineers in Silicon Valley — wrote on Wednesday about his experiences of outright racism in Silicon Valley, and the difficulty of discussing these stories with his peers.

In one instance, a prominent developer in the open source community was interviewing Adeagbo for a job. Adeagbo was asked, "Why do all the black kids sit at the same table at school?" and, "Why is it no longer OK to say n****r?"

Though horrified, Adeagbo tried to make a teachable moment out of the situation.

Racism and prejudice still exist — they're just not in reports. They're in everyday conversations, job interviews and small interactions.

"I never had that cutting word said to me and had a serious choice to make," Adeagbo wrote. "Should I stand up and leave, or treat this as a teaching moment? It took mettle, but I chose the latter and gave the best 3-minute summary of 20th-century race relations that I could come up with."

Adeagbo was offered the job, but turned it down due to "severe cultural differences."

Adeagbo's post is only the most recent in a constellation of online confessionals about prejudice in Silicon Valley. In March, Locent founder Matt Joseph lit up Twitter when he talked about the trouble he faced as a black CEO trying to raise money in Silicon Valley.

Like Adeagbo, Joseph had to contend with the fear that speaking up could not just make things awkward, but impact him professionally and hurt his access to capital.

"I didn't want to jeopardize our fundraising process by raising the alarm, but after more conversations with colleagues and other people of color, I knew we had an opportunity to shine a light on this," Joseph said at the time.

Could a conversation change this? Adeagbo has three suggestions for how to start the conversation about racism or racial bias in tech.

The first is to admit those conversations can be hard to have. Opening up about the unique discomfort faced on both sides of that talk makes you vulnerable, but is necessary for honesty and trust.

"You might have follow-up questions or a thought to add," Adeagbo wrote. "Don't assume I'm ready to, or want to, have a deep conversation about the issue right then and there. If I'm not ready, be OK with that. What seems like a simple question for you might have a deep, complicated response in my mind."

The last suggestion he makes is to have a "learning mindset," and that once you've started the conversation, to be willing to hear from someone's experience without making deliberations about who's right and wrong.

"While Silicon Valley is the home to many transplants from various parts of the country, it is still a bubble," Adeagbo wrote. "Difficult conversations about race and gender allow us to break out of this bubble, if only briefly, and appreciate what most of this country experiences."