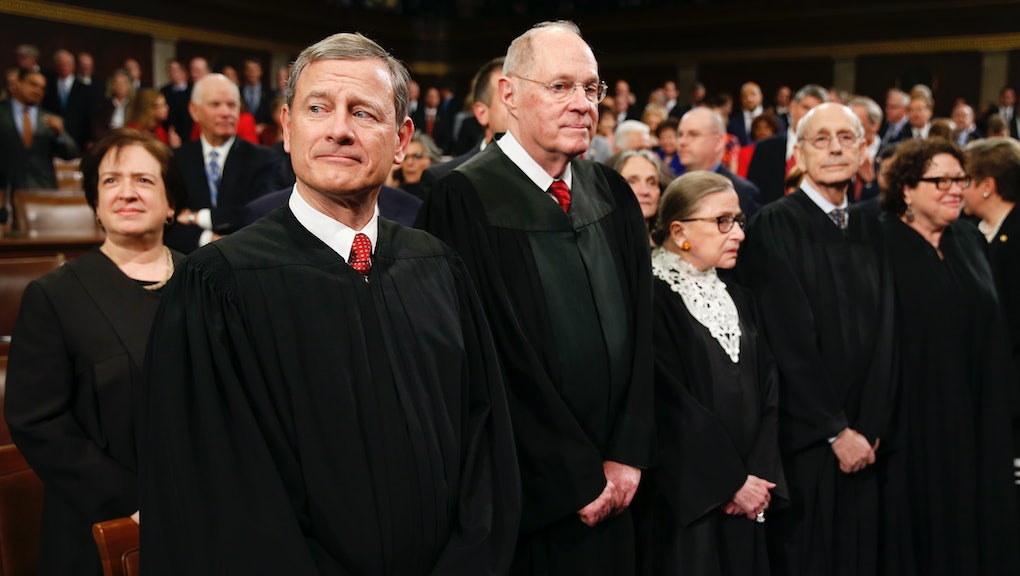 Girl, Interrupted is more than just a '90s cult classic. For many women, it's an apt description of their typical workday, navigating conversations with men who think of themselves whip-smart enough to talk out of turn.

According to a recent study, none are immune — not even Supreme Court justices.

An analysis from Adam Feldman on his blog Empirical SCOTUS found that female justices were interrupted significantly more often than their male colleagues. Feldman zeroed in on oral arguments in particular, recording moments in official transcripts when a justice interjected before a fellow justice finished his or her statement, or before an attorney spoke.

The verdict? Justice Sonia Sotomayor was interrupted the most at 57 times, followed by Justice Elena Kagan with 50 and Justice Stephen Breyer — who Mother Jones notes is infamous for his lengthy monologues — with 36. Coincidentally, Breyer is also the third most frequent interrupter, talking over his colleagues 39 times.

The only justice who got away scot-free was Clarence Thomas, who has neither interrupted nor been interrupted, according to the analysis. But that's probably because Thomas was basically silent for a decade.

Feldman pointed out that, for what it's worth, his analysis is more quantitative than qualitative. "As interruptions can occur both intentionally and unintentionally, and can, but do not necessarily affect the interrupted justice's speech, I do not make any value judgments on the effect of an interruption," he wrote.